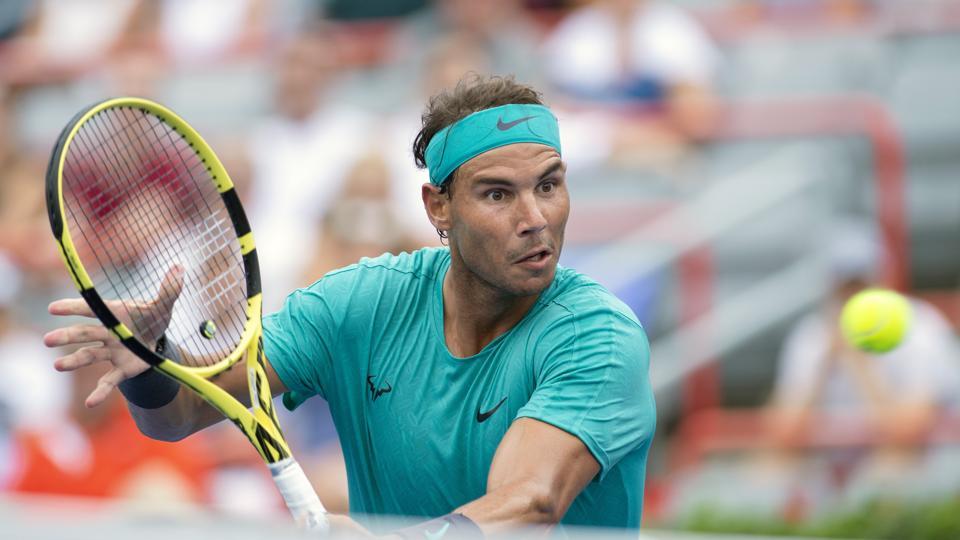 Rafael Nadal and Dominic Thiem advanced into the third round of the ATP Montreal Masters, with Thiem achieving a personal best in Canada.

Austrian second seed Thiem, who claimed a clay title at the weekend at home in Kitzbuehel before crossing the Atlantic, won his first match in Canada after five losses, defeating home hero Denis Shapovalov 6-4, 3-6, 6-3.

With weather forecasts dicey for the next few days, the Spanish top seed got a taste of the conditions he might face as the 18-time Grand Slam champion defends his Canadian title.

“Today, the main thing was win. I’ve been playing and practising more or less well. Now is the moment to compete,” Nadal said. “Today I competed enough well to be through. Tomorrow is another challenge.” That test will be against Argentina’s Guido Pella, who beat Radu Albot 6-3, 2-6, 7-6 (7/2).

Nadal is seeking his third title of the season and now stands 38-6 in 2019. He was playing for the first time since losing a Wimbledon semi-final to Roger Federer a month ago.

Thiem was relieved to have broken his duck in Canada by finally winning a match.

“It’s a great feeling. It’s not only the first match win here, but also against a great player,” he said.

“The court is pretty fast. It was a huge transition from clay to here.

Nadal said that re-starting on cement after a long post-Wimbledon pause takes some adjustment.

“This is just the first day, first matches are always tough the first time on hardcourt,” he said.

“After Wimbledon always the mind goes down a little bit. I had a long clay court season, then grass, so you don’t relax.

“When you finish Wimbledon, your body loses a little bit that tension, so it needs little bit of time to recover.” Nadal advanced after two hours of play but because of rain it took almost four and a half hours after the first ball was struck.

Raonic, a 2013 finalist here, was unable to go on after winning the second set to square the contest.

Auger-Aliassime got a walkover win against his compatriot last June on grass in Stuttgart when Raonic suffered a back injury.

The senior Canadian beat the youngster in spring, 2018 in Indian Wells in their only completed match.

Greek star Stefanos Tsitsipas, last year’s Canada runner-up, was dumped out 6-4, 3-6, 6-3 by Poland’s Hubert Hurkacz, whom the world number five had defeated in three prior matches.

Spain’s 10th seed Robert Bautista Agut advanced while number 12 John Isner was sent out in straight sets. (AFP) AT AT