Serena Williams storms into third round in Toronto 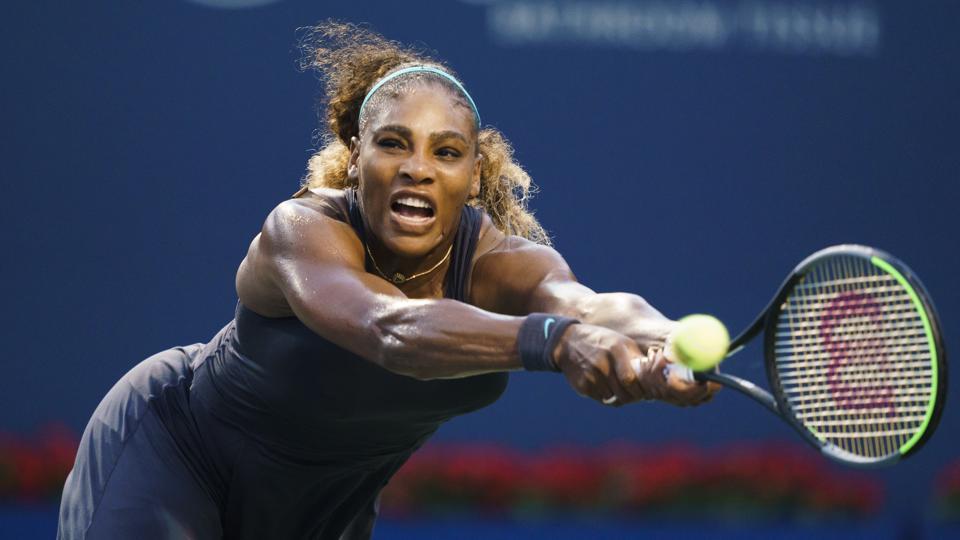 Serena Williams made a solid start to her first U.S. Open tune-up with a 6-3 6-3 victory over Elise Mertens on Wednesday while Naomi Osaka took a step closer to regaining her world No. 1 ranking by reaching the last 16 of the Rogers Cup.

Three-times champion Williams, playing her first match since falling to Simona Halep in the Wimbledon final, married her trademark power with quick movement and a steady stream of booming serves to overwhelm Belgian Mertens.

“It feels good,” Williams said of her return to the hard-court surface. “Definitely feels different as I didn’t play a ton this year on hardcourts but it feels good to be back out here.”

Williams is keen to get more hard-court matches in before going for a record-equalling 24th career Grand Slam title at the Aug. 26-Sept. 8 U.S. Open and she took some time to hit her stride on Wednesday.

After a pedestrian start, Williams raised the intensity during a lengthy four-deuce service game in the first set that she closed out with a thundering ace to go ahead 4-3 and set the tone for the rest of the 75-minute match.

She went on to win six of the final seven games to seal the win.

Williams will face Russian qualifier Ekaterina Alexandrova in the last 16 and a win would set up a potential quarter-final with U.S. Open champion Naomi Osaka, which would be their first encounter since last year’s controversial New York final.

“I thought I played really well despite the fact that we only played one set,” said Osaka. “I’m just happy that it was my first match in a while and I was able to get in the groove of things quickly.”

By reaching the last 16, Osaka is set to unseat Australian Ash Barty, who lost her second-round match on Tuesday, as world number one next week, though Karolina Pliskova also has a chance to reclaim top spot if she reaches the semi-finals.

The Czech third seed beat American qualifier Alison Riske 6-4 6-7(4) 6-2 and will next face Estonian Anett Kontaveit, who was beating Carla Suarez Navarro 7-5 3-1 when the Spaniard retired with a hip injury.

Fourth seed Halep survived a stern test from American qualifier Jennifer Brady with a 4-6 7-5 7-6(5) victory to reach the last 16 and keep alive her hopes of winning a second consecutive Rogers Cup title.

Halep, playing her first match since Wimbledon, needed a medical timeout to get treatment on her left leg and even after building a 4-0 cushion in the deciding set had to dig deep after Brady mounted a comeback.

“I was tired in the third set, I felt the Achilles since the first point of the match, but it’s normal after a break and also coming on the hard courts,” said Halep. “It’s very difficult for the ankles and also for the knees.”

Next up for Halep will be Russian wildcard Svetlana Kuznetsova, who got by Croatia’s Donna Vekic 7-6(4) 6-3.

Former world number one Caroline Wozniacki fell 1-6 6-3 6-4 to Polish qualifier Iga Swiatek, who smacked 34 winners en route to the win over the 2010 champion under the lights.

“I mean, I’m really tired, and I should be sleeping right now,” she said.

Swiatek will need all the rest she can get before she faces Osaka in the third round on Thursday.