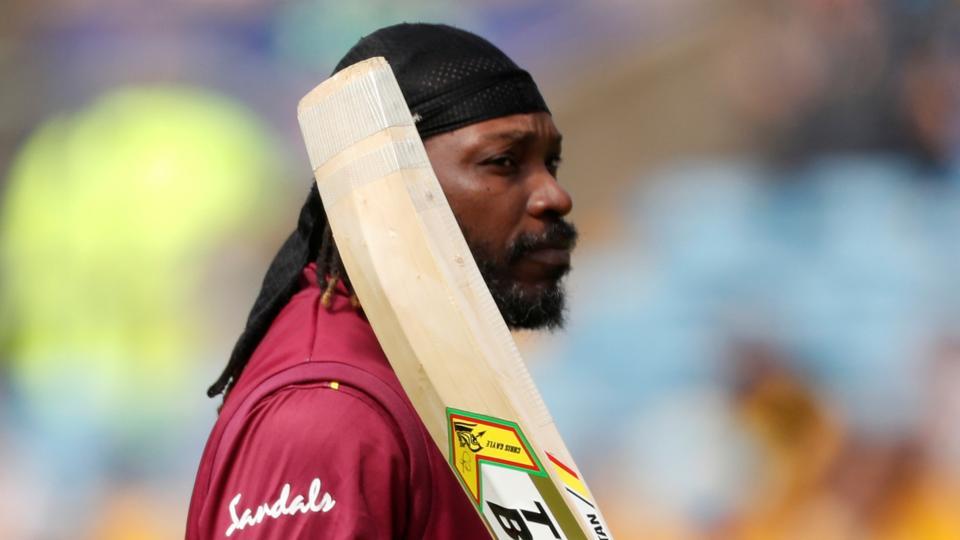 Opener Chris Gayle etched his name in history books when he took to the field against India in the first ODI of the three match series in Guyana on Thursday. Only 13 overs could be played in the match as it was called off due to rain. Despite this, Gayle added a fresh feather into his already illustrious cap as he now tops the list of most matches played for Windies in ODIs.

Gayle surpassed legendary Brian Lara as the former captain had played 295 ODIs for Windies. After featuring in the Guyana ODI, Gayle now has 296 caps for his nation. Shivnarine Chanderpaul completes the top three has he played 268 matches in the 50-over format for Windies.

Most ODIs for West Indies:

Rain played spoilsport as the first one-dayer between India and the West Indies was called off after the home side scored 54 for 1 in 13 overs. The stop-start match, which was reduced to 34-over-a-side, was abandoned after a second rain interruption. More than an hour and a half later, the umpires decided to call off the match.

Also Read: Kohli shows off several dance moves in Guyana, even manages to rope in Gayle

Opener Evin Lewis and Shai Hope were batting on 40 and 6 respectively when the match was called off after Indian captain Virat Kohli won the toss and asked the West Indies to bat. The other opener Chris Gayle was out in the 11th over after scoring 4 off 31 deliveries in an agonisingly slow knock.

The match was already reduced to 43-over-a side even before a ball being bowled as the wet outfield due to rains had forced the toss to be delayed. The match began two hours later than the original 7pm IST start.