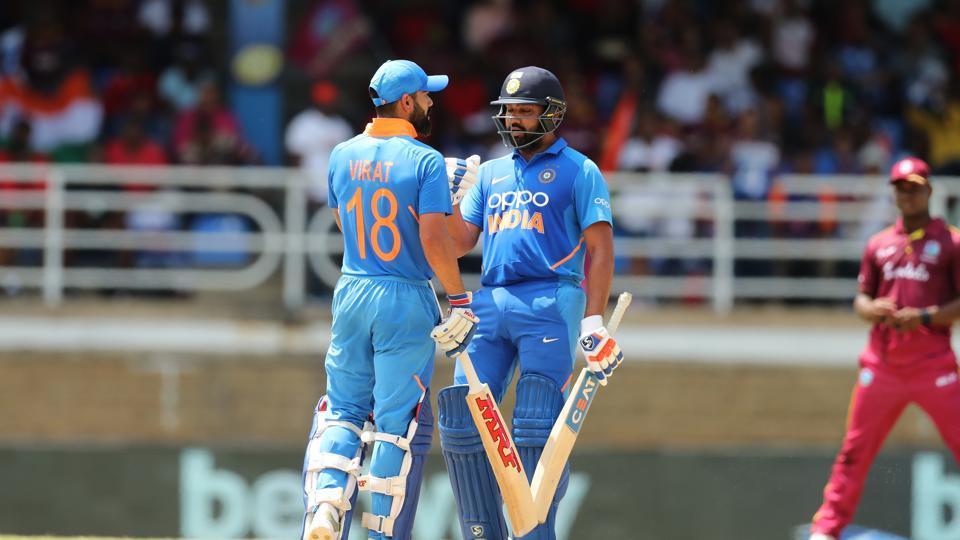 Virat Kohli won the toss and elected to bat first in the second ODI against West Indies at the Queen’s Park Oval,Port of Spain, Trinidad. However, Shikhar Dhawan, who has been struggling to get going ever since he has made a comeback from the injury was trapped early in the very first over by Sheldon Cottrell as India was rocked early.

This brought out Virat Kohli and together with Rohit Sharma, they proceeded to steady India’s ship. While Kohli hit his stride early, Rohit was chugging along at the other end, albeit, in a slightly ungainly manner.

After getting to 18, Rohit was dismissed as he tried to get after off-spinner Roston Chase, but ended up skewing his attempted loft and handed an easy catch to Nicholas Pooran at cover.

Speaking at the end of the match, the skipper said that since both Kohli and Rohit had not got going, it became his responsibility to step up and score a century.

“Feels good to get a hundred when the team wanted me to get one. Shikhar and Rohit didn’t get a big one. One of the top three has always got the big one. A senior man had to step up and today was my opportunity to step up,” the skipper said at the end of the match.