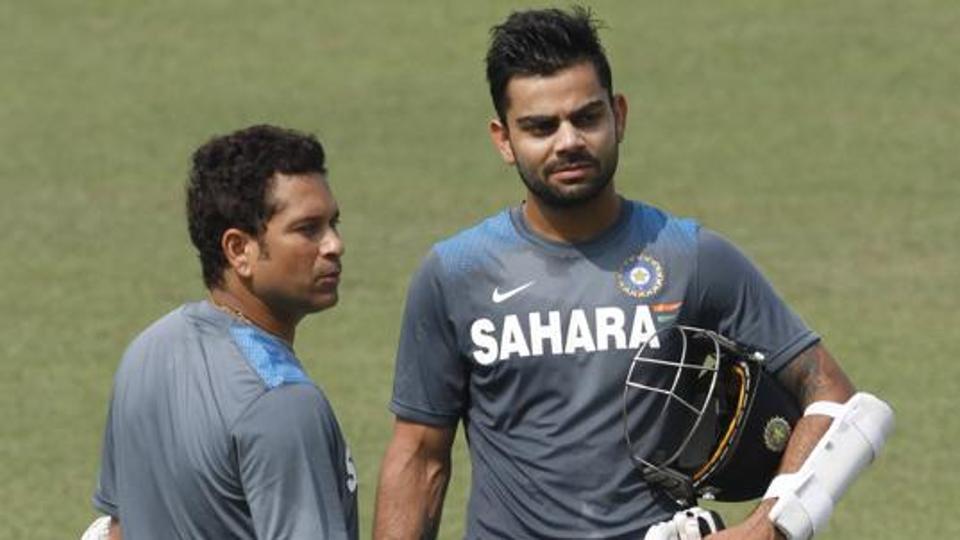 The rise of Virat Kohli as a dominant force has been an epochal moment in Indian cricket. Long known for its penchant for batsmen, Indian cricket shares a romantic relationship with men who wield the willow. From Hazare to Umrigar, Gavaskar to Vengsarkar, Tendulkar to now Kohli, batsmen have always ruled the hearts and minds of the cricket crazy public.

While Gavaskar was the first to show the world that Indian batsmen could match fire with fire away from home, it was Sachin Tendulkar who symbolised the complete batsman, scoring runs against all opposition under all conditions. He was the finest of his generation, but some records came in his kitty by virtue of the sheer longevity of a career, that spanned 24 years. While Tendulkar’s rise to thecreme de la creme of batsmanship was due to his genuis in the whites, his leap to superstardom was based on his heroics in limited overs cricket.

Be it the ‘Desert Storm’ in Sharjah, the brutal assault against the neighbours in the 2003 World Cup, the statesman-esque ton in the CB series final or the path-breaking double ton against the Proteas, Tendulkar was the first batsman to achieve global domination. The ‘Little Master’ has scored 2000 or more runs against 4 oppositions.

ALSO READ: Rohit, Shikhar didn’t get big one, it was my chance to step up, says Virat Kohli

With several more years of cricket under his belt, Kohli could well equal or even surpass most of Tendulkar’s records in ODI cricket. He is the apprentice who could well trump the master. A proud Tendulkar keeps cheering for his ward from the stands and so does the entire nation. India fell in love with Tendulkar. It is now slowly realising that love can happen all over again.