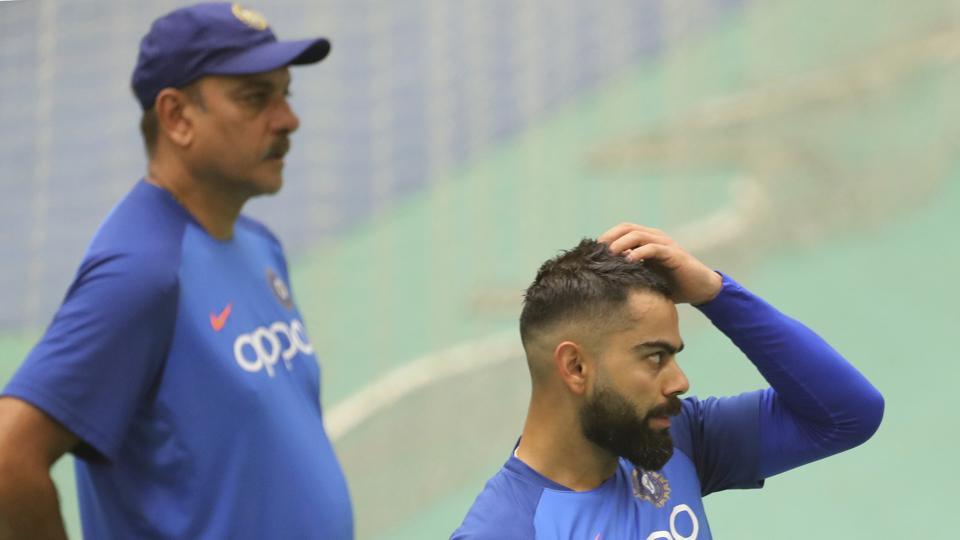 The candidates will give a presentation to the Cricket Advisory Committee (CAC) headed by the legendary Kapil Dev, and a final decision will be arrived at by end of this week or early next week.

“These six will give presentation for head coach before CAC. It has been learnt that these six have been short-listed for interview with the CAC,” a senior BCCI official, privy to the development, told PTI.

Before leaving for the tour of West Indies, captain Virat Kohli had said that he is in favour of Shastri continuing as the head coach of the Indian team despite the criticism he faced following the semi-final ouster from the World Cup.

While the names of Hesson and Moody have been doing the rounds for a while, Simmons, who has had successful stints with Ireland and Afghanistan cricket teams, is also in the fray now.

Simmons also served West Indies for a brief while, helping them to victory in the 2016 World T20 tournament in India before taking over as head coach of the Afghanistan national team in 2017.

Among the Indians, Robin served as the fielding coach of the Indian team when it won the inaugural World T20 under Mahendra Singh Dhoni’s captaincy in 2007.

Rajput, who was the head coach of the team when it won the World T20, also had stints with Afghanistan and Zimbabwe. Hesson recently parted ways with IPL franchise Kings XI Punjab. Hesson coached the Black Caps for six years, highlighted by their memorable run to the 2015 Cricket World Cup final in Melbourne, a semifinal finish at the 2016 World Twenty20 in India and a home Test series win over England in April 2018 which lifted them to third on the world rankings.

India may have failed to win the T20 World Cup in 2016 and the ODI World Cup in 2015 and 2019, but the Shastri-Kohli duo helped the country climb to the top of the Test rankings with a historic series triumph in Australia.

Shastri was the team director till June 2016 until India lost in the World T20 semi-finals before being reappointed as head coach in 2017 after Anil Kumble’s departure.