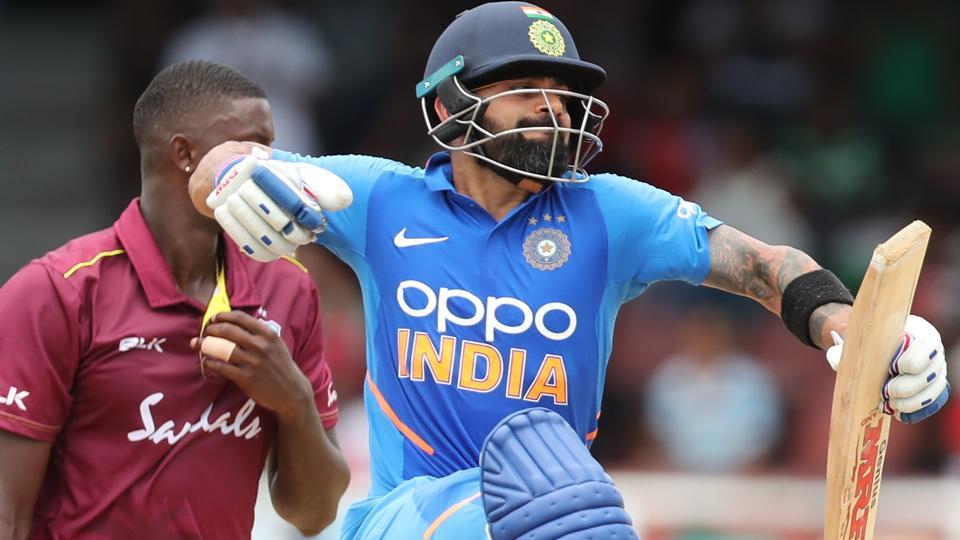 Former India opener Wasim Jaffer was all praise for Indian cricket team skipper Virat Kohli as he scored his 42nd ODI century against West Indies and in the process, guided his team to victory in Port of Spain on Sunday. Kohli ended a run of 10 matches without a century Sunday, setting the platform for his team’s 59-run (DLS) victory. When it comes to the most number of centuries scored by a batsman in ODIs, Kohli is in the second position with compatriot Sachin Tendulkar claiming the top spot with 49. Jaffer believes that Kohli will be able to surpass Sachin’s record and he predicted that the right-hander will end up with 75-80 tons. “Normal services resumes after a break of 11 innings!! i.e. another international for Virat Kohli. My prediction is he will get 75-80 ODI,” Jaffer posted.

Normal services resumes after a break of 11 innings!!
i.e. another international 💯 for Virat Kohli 👏🏽
My prediction is he will get 75-80 ODI 💯’s 🤞🏽🤐#KingKohli

— Wasim Jaffer (@WasimJaffer14) August 12, 2019
This was his 8th ODI century against West Indies and as a result, he became the first player in the history of the game to score eight or more hundreds against three different oppositions in ODIs. The India skipper had previously scored eight centuries against Australia and Sri Lanka.

Kohli also surpassed the former skipper Sourav Ganguly to become India’s 2nd highest-run getter in the ODIs. In his 50-over career, Ganguly scored 11,353 runs in 311 ODIs. Kohli, playing his 238th match in the format, crossed the total during the 32nd over as he hammered Jason Holder for a third-man boundary.