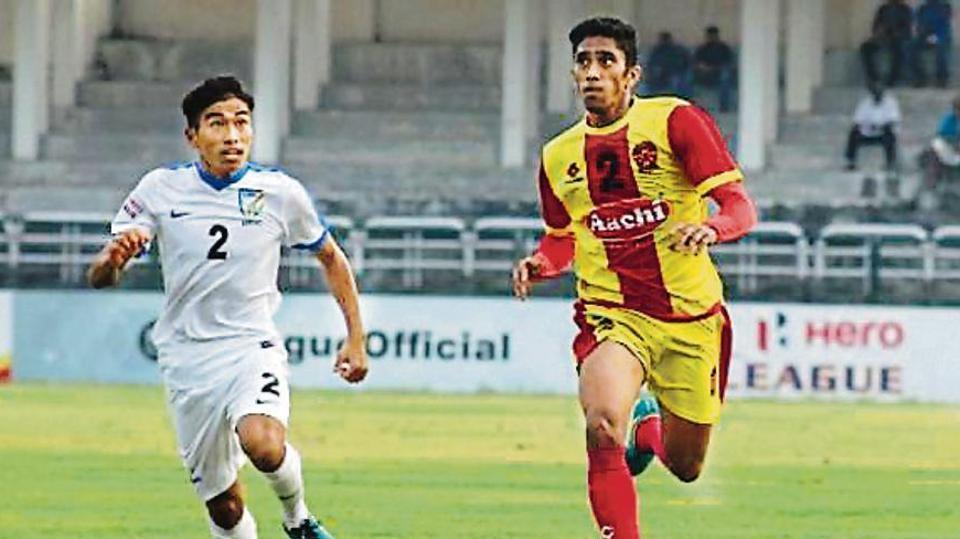 At a hotel across the road from a famous football amphitheatre, Mohamed Salah is waiting to join teammates for an early lunch. Salah would like to put in the usual two hours between a meal and a training session so that on the pitch he can turn on the afterburners.

The football season’s just begun and it is important Salah, 24, impresses his club coach. This Salah is almost the same height as his famous namesake at Liverpool, but prefers being a left wingback, left back or a left-side midfielder. And having played around 30 minutes in midfield last Thursday, Salah was hoping Gokulam Kerala’s Spanish coach Fernando Valera gives him more game time in the 129th Durand Cup. Valera did on Wednesday, getting Salah on in the 67th minute as Gokulam Kerala beat Indian Air Force 3-0.

“India’s new coach (Igor Stimac) likes young players, so if I do well this season, who knows? This I-League season is important for me because he will, I am sure, see our games,” he said.

This is Salah’s first full season at an I-League club. He was loaned to Gokulam in 2017-18 but having joined after Sagolband United finished their engagements in the Manipur Premier League, Salah got a few games under then coach Bino George, occasionally in midfield.

“Playing as left back and in the midfield has improved my attacking game. Because like Marcelo, my idol, I love going up and cutting inside,” said the left-foot player. Marcelo’s control and dribbling skills are what made Salah a fan of this Real left-back.

Till five years ago, when he joined DSK Shivajians after learning the ropes at Sports Academy Tirur (SAT), in Kerala’s Malappuram district, Salah said he had no idea that someone with whom he shared a name was on way to being a superstar. “I first heard of Mo Salah when he was at Chelsea,” he said.

As one Salah moved from Chelsea to Fiorentina and Roma before setting the Premiership on fire in 2017-18—he scored 32 goals in that first season—the other played in the Kerala Premier League, was on the bench at DSK Shivajians, turned out in the I-League second division for Delhi United and travelled to Manipur before looking to settle down at Gokulam Kerala, where he has a two-year deal.

Like many in Malappuram, Salah still plays ‘sevens’, a seven-a-side game hugely popular in northern Kerala where teams field foreigners, mainly from Africa. “The smaller size of the ground and the presence of foreigners who are naturally strong, makes you tough,” said Salah.

Sharing a name with someone famous has been a struggle for some. Gokulam tweeted “Our own Mohamed Salah” after they won the Kerala Premier League in 2018, but if their left-back has a similar problem, he isn’t saying.

What do your teammates call you? “Why? Salah,” he said.