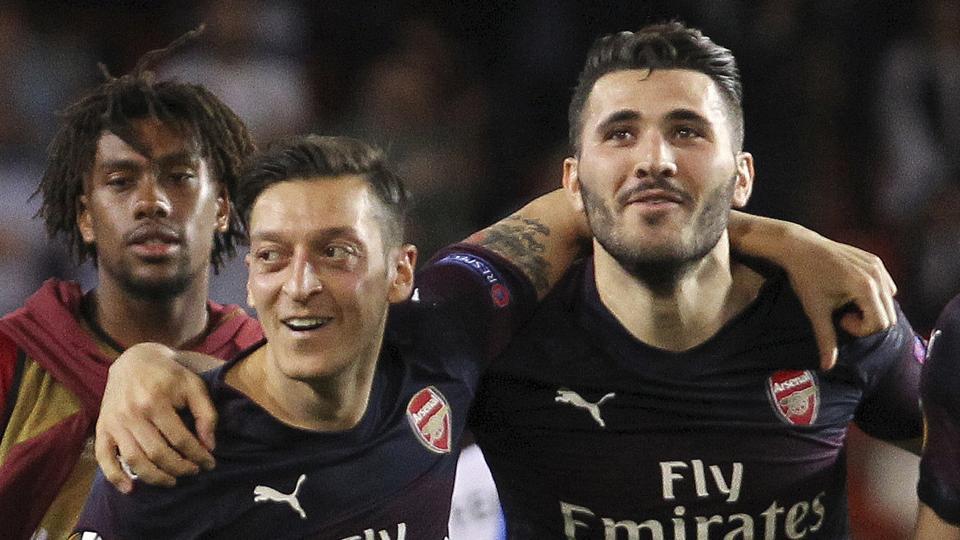 Arsenal manager Unai Emery will have Mesut Ozil and Sead Kolasinac available for Burnley’s visit to the Emirates on Saturday after the pair missed last weekend’s trip to Newcastle over security fears. Ozil and Kolasinac were caught in an attempted car-jacking in London last month.

CCTV footage showed Kolasinac leaping from the vehicle to confront the knife-wielding raiders while Ozil remained inside the car with his with newlywed wife Amine Gulse, a former Miss Turkey.

Arsenal then withdrew the pair for the Gunners opening Premier League game of the season on Tyneside due to “further security incidents.” However, Emery confirmed both had returned to training this week and could feature at the weekend.

“Yes, 100 percent,” said the Spanish coach when asked if Ozil and Kolasinac were mentally ready to return.

“Their mentality is focused on us, for training and the match.

“My focus is to be positive and think the players are 100 per cent with their mind here.”

Police confirmed on Sunday that two men had been charged with a public order offence in connection to the two players. Reports suggested the men were arrested after becoming involved in an altercation with security staff outside Ozil’s house.