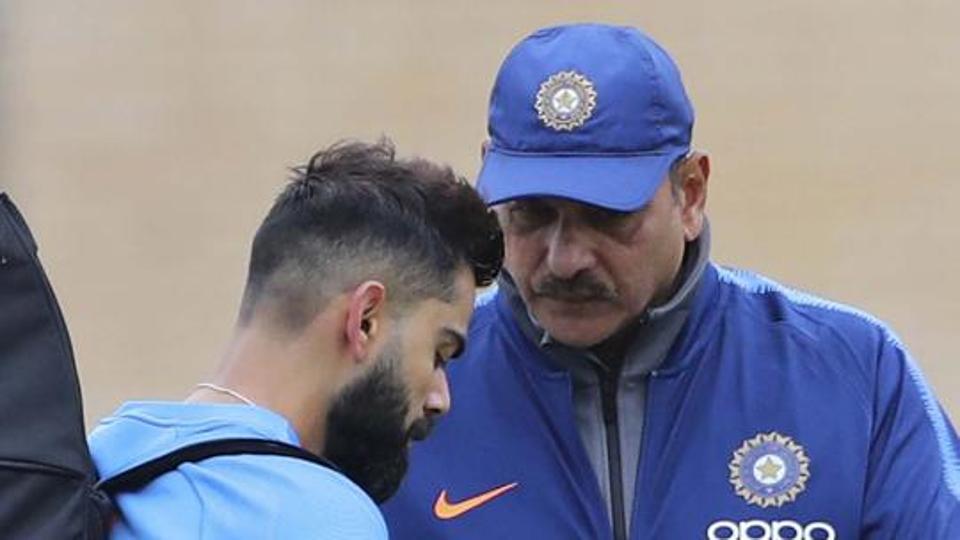 ALSO READ: All you need to know about the selection process of India’s next head coach

Singh was followed by Rajput, who was the team’s manager when it won the inaugural T20 World Cup in 2007.

The CAC members, on arrival, side-stepped questions on whether Shastri is a clear favourite to retain the job. Shastri, who got a 45-day extension after the end of his tenure following the World Cup in England, has been publicly backed by captain Virat Kohli.

Shastri is currently in his second stint at the helm, having also donned the role of the Team Director earlier. The team reached the semi-finals of the 2015 ICC World and the 2016 ICC WT20 under his watch. Earlier this year India won their maiden Test series in Australia under Shastri’s watch. Apart from Shastri, the other big names shortlisted include former Sri Lanka coach Tom Moody and former New Zealand coach Mike Hesson. India’s 2007 World T20 Cup-winning cricket manager Lalchand Rajput, former Mumbai Indians head coach Robin Singh and former West Indies and Afghanistan coach Phil Simmons are the other candidates in fray.

It is understood that Moody had given the best presentation among the candidates in 2017. He knows the Indian boys well from his long experience of coaching in the IPL, for Sunrisers Hyderabad and Kings XI Punjab. He had won the 2016 IPL with the Hyderabad outfit.

Hesson has similar credentials. He has been the coach of New Zealand for close to six years, from 2012 to 2018. Under him, New Zealand reached the World Cup final for the first time in 2015. He also had a stint in the IPL as coach of Kings XI Punjab in 2019. Rajput had done exceptionally well in the stop-gap role of cricket manager in 2007-08, winning the inaugural 2007 World T20 Cup and the triangular one-day series in Australia.

Simmons had guided West Indies to the 2018 World Twenty20 title. Shastri is in the West Indies and will appear for the interview on Skype. The batting and bowling coach selection will be done by the senior selection committee headed by MSK Prasad, on August 19.