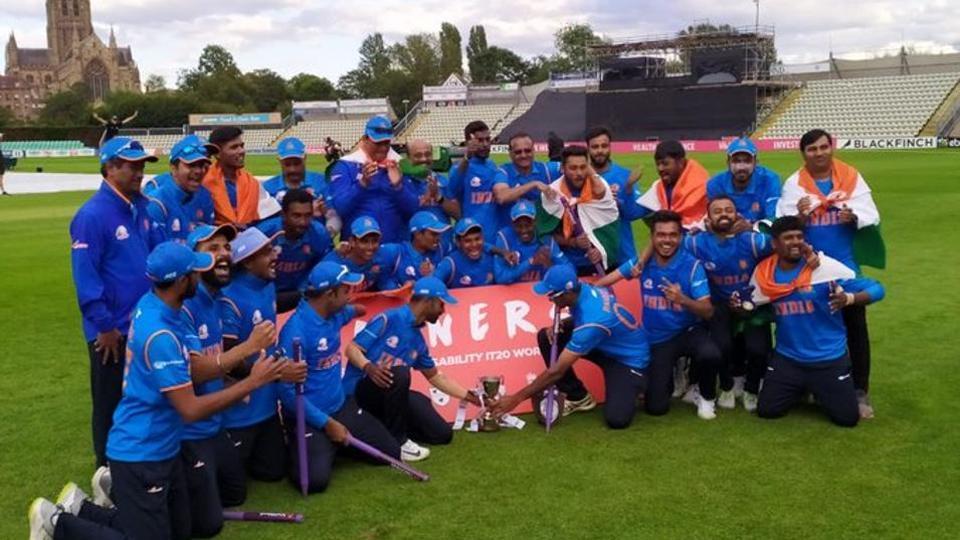 Wasim Iqbal has not been able to contact his family back home in Kashmir since the recent upheaval in the Valley and his family might still be oblivious of their son’s stellar show in the inaugural T20 Physical Disability World Cricket Series in England which India won by defeating the hosts by 36 runs in the final at Blackfinch on Tuesday.

India had earlier defeated Pakistan on Monday, the day of Eid, where opening batsman, the 25-year-old Iqbal, was man-of-the-match scoring a 43-ball 75 chasing 150. India, coached by former Mumbai player Sulakshan Kulkarni, had won by eight wickets. “I was unable to wish my family on Eid. I am missing them badly and due to suspension of internet and telephones lines, I was unable to speak to them for the past one week. I don’t know the situation at home. I am really worried,” Iqbal, who has stiff knee in right leg and is from Anantnag, said from England.

“This tournament has been a memorable one. I got six wickets but the best part was that I was economical,” the 20-year-old Amir Hussain, a left-arm bowler from Sopore, Kashmir, said. “Iqbal is worried. But the entire team has been supportive of him and Aamir, the two players from Kashmir,” said team manager Ravi Chauhan.

“Hope this triumph will promote physical disability cricket in India and our players too can get jobs under sports quota,” said Phanase, who was named man-of-the-match of the final. “Most of us are from humble background. We hope this victory changes things for the better.”

It is for the first time that teams from all participating countries have the backing of their cricket boards, including the BCCI.