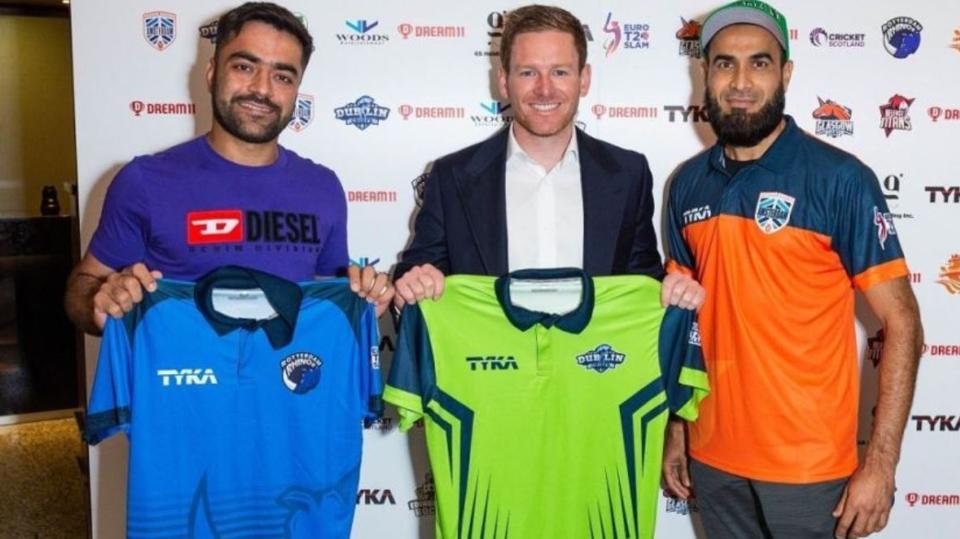 The inaugural season of the Euro T20 Slam, a new franchise league that was set to launch this summer, has been postponed till next year.

Euro T20 Slam, a collaborative venture between Cricket Ireland, Cricket Scotland, the Netherlands’ KNCB and commercial partners GS Holdings, was scheduled to begin at the end of August in Amsterdam and was to feature two teams from each of Ireland, Scotland and the Netherlands.

The tournament was scheduled to run from August 30 to September 22 and culminate in two semi-finals and a final in Malahide and was due to feature the likes of Eoin Morgan and Mohammad Amir.

A host of ‘marquee players’ were to be involved including Martin Guptill, Dale Steyn and Fakhar Zaman. However, the organisers have said they need the “necessary breathing space” to launch the competition and want to start it in 2020.

“The Board of the Euro T20 Slam, funding partners and franchise owners of this exciting new T20 tournament have reluctantly come to the decision that staging of the event will not be possible in 2019,” Prashant Mishra, ET20S Board Member and Managing Partner at Woods Entertainment, in a statement on Wednesday, said.

“We want to ensure that the inaugural staging of the Euro T20 Slam provides the best springboard to making this a truly flagship event on the global cricket calendar. As such, we believe the right course of action is to postpone the Slam to a further date. This will give us the necessary breathing space to ensure we are ready to go.

“We will work with the three cricket boards, our principal investors, the franchise owners, players and other stakeholders within the game to ensure we fulfill any commitments we have made to the extent possible. We want to ensure the goodwill and integrity that we have built up rolls on into 2020,” he added.

Malcolm Cannon, Chief Executive of Cricket Scotland, said: “While this was a very difficult decision to make at this late stage, we believe that it is the right one and one which leaves us with a great opportunity to launch the Euro T20 Slam next year with its deserved noise level.”