England quick Olly Stone out for the season with back injury 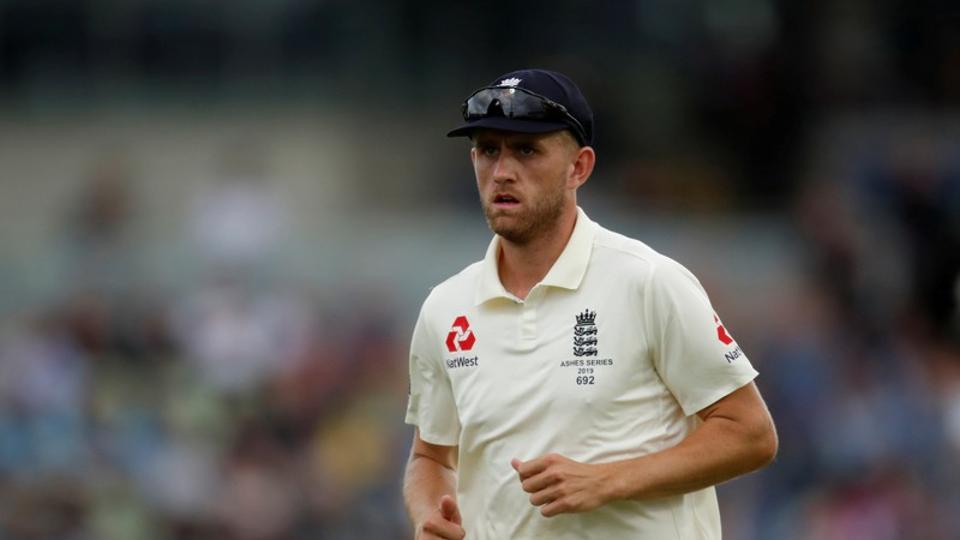 England fast bowler Olly Stone has been ruled out of the rest of the season with a recurrence of a back injury, his county club Warwickshire announced Friday.

The 25-year-old made his Test debut in a one-off match against Ireland at Lord’s last month, taking 3-29 in a 143-run win where he did not bowl in the second innings.

There had been speculation Stone could feature in the ongoing Ashes series against Australia, with the second Test currently in progress at Lord’s — a match where England are without James Anderson, their all-time leading wicket-taker, because of a calf injury.

But a Warwickshire statement said Stone, who returned to action in early July, had suffered a recurrence of the partial stress fracture to his left lower back, an injury originally sustained on England’s tour of the Caribbean earlier this year.

Stone’s career was previously interrupted by anterior cruciate ligament damage sustained when, playing for former county Northamptonshire, he landed awkwardly while celebrating the dismissal of Moeen Ali in a Twenty20 Blast tie against Worcestershire.

Paul Farbrace, Warwickshire’s sport director and a former England assistant coach, said: “Olly had such a fantastic season in 2018 and looked set to play an important role for England as well as ourselves this summer after making his Test debut just two weeks ago.

“We’re obviously gutted to lose him just over a month after returning to senior cricket.

“Being able to bowl consistently at speeds in excess of 90 mph places huge demands on the body and, with Olly’s season having ended prematurely, he will now work our medical and strength and conditioning teams to get stronger and fitter than ever,” Farbrace added.