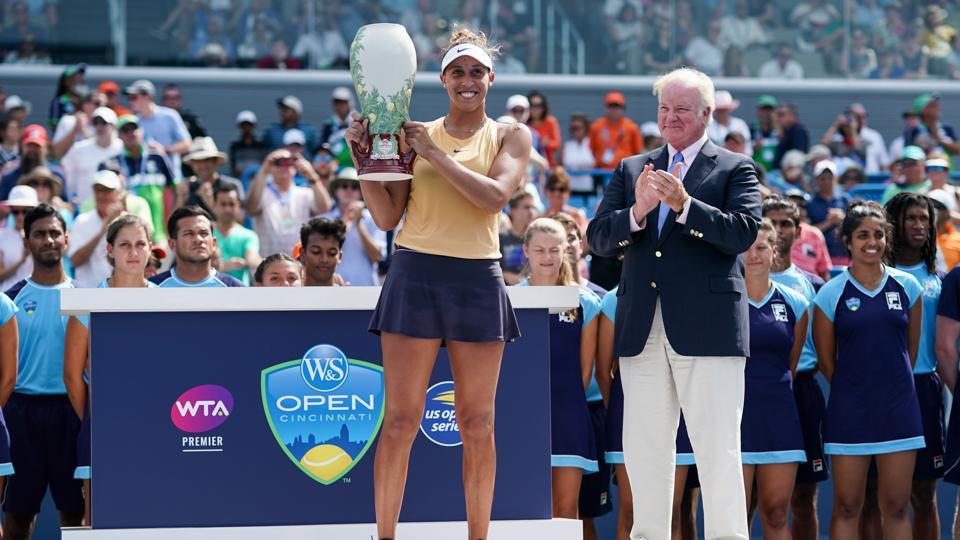 American Madison Keys overcame late leads by Svetlana Kuznetsova in both sets to defeat the Russian for the Cincinnati Masters title on Sunday.The confidence-boosting 7-5 7-6(5) victory sent Keys into the U.S. Open later this month as the world’s number 10 ranked player.

“If you told me a week ago this is where I would be, I would have laughed in your face!” Keys said in accepting the tournament trophy.

Keys won four consecutive games to claim the opener. She needed a tiebreak to prevail in the second.

The triumph was the fourth in a row on hardcourts for the 16th-seeded Keys over Kuznetsova and the 24-year-old’s fifth career title.

The 34-year-old Kuznetsova, twice a Grand Slam champion, served for the first set but Keys held out before winning four consecutive games.

In the second set Kuznetsova broke Keys in the third game and went ahead 3-1.

This time, Kuznetsova fought back, forcing a tiebreak when the ball touched the top of the net and rolled over to the other side, creating a light moment that had Keys smiling in disbelief.

Kuznetsova reached 4-4 in the tiebreak but then mis-hit a return and Keys used a diagonal forehand for double championship point, sealing the match after Kuznetsolva had closed to 6-5.