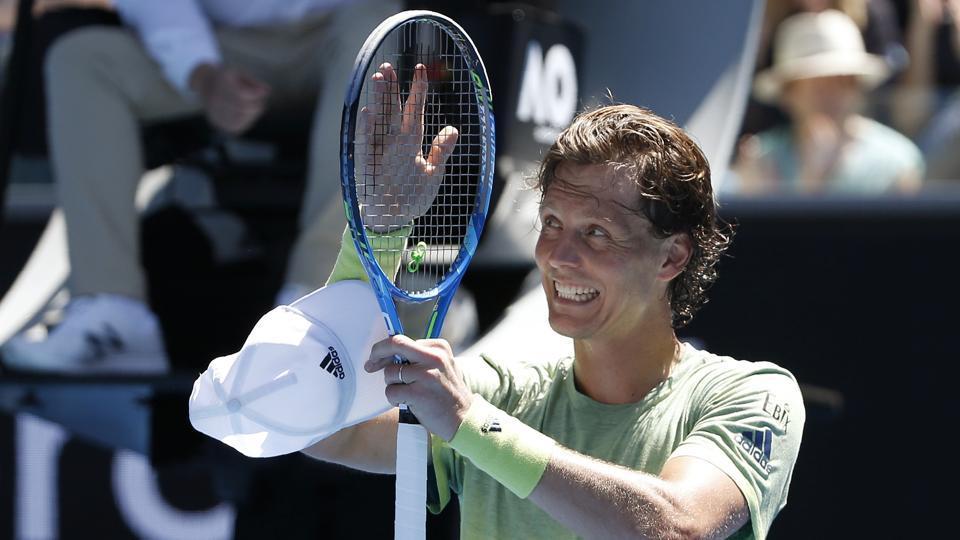 Tomas Berdych earned his first ATP win in six months with a 6-1 3-6 6-3 first round victory over Andreas Seppi at the Winston-Salem Open on Sunday. The Czech, who missed four months prior to Wimbledon with a back injury, had not recorded a triumph since February in Dubai.

“It’s been a very tough time for me,” Berdych told reporters. “I’ve been really up and down. Just because of the love of the sport I was wanting to give myself one more try to come back and give it a good shot of preparation, come here and play some matches and go to the Open and see what it’s like, what I’m going to do, how my tennis is going to be.

Berdych, one of four wild cards in the field, raced to a 5-0 advantage in the opening set but battled rust as Seppi rallied to take the second set before Berdych hit back.

Berdych will now face eighth-seeded Filip Krajinovic in the second round.

Former world number one Andy Murray will play his opening match against American Tennys Sandgren on Monday. The three-time Grand Slam champion is continuing his comeback from hip surgery back in January.

He suffered a first-round loss to Richard Gasquet last week in Cincinnati. “My expectations are pretty low,” Murray said. “I’m not thinking about winning events like this, I’m just trying to get matches. Hopefully with each match I’ll feel better and gain confidence.”