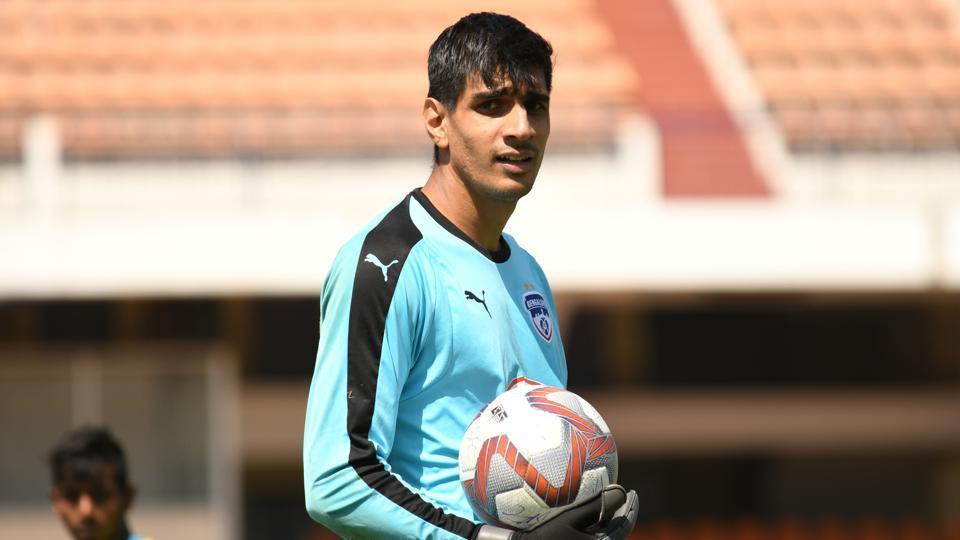 At 27 years old, Gurpreet Singh Sandhu may not one of the oldest members of the Indian football team but his experience has already made him a senior voice in the dressing room. Since making his debut in 2011, he has established himself as the top pick for the national team and in the recent years, he was even entrusted with the duty of leading the side. The Punjab-born goalkeeper, who plays for Bengaluru FC in the Indian Super League (ISL), already has a number of accolades under his belt and this year, he also became the fourth keeper ever after Subrata Paul (2016), Brahmanand Sankhwalkar (1997), and the late Peter Thangaraj (1967) to receive the prestigious Arjuna Award.

Ahead of India’s World Cup qualifiers against Oman and Qatar, Hindustan Times caught up with Gurpreet who talked about his achievements, the upcoming fixtures and life under the new coach.

India could not manage to win a single game in the Intercontinental Cup. They lost their first two matches and then drew against Syria. How was the team morale after the tournament?

The team was disappointed with the results but we need to understand that we were trying to experiment a lot during the tournament. We are looking at different possible combinations and things that can work out for us. There were also some injuries but overall, it was a good learning experience. We cannot dwell on the past and we need to learn from the them and move on as quickly as possible.

Coach Igor Stimac made it clear that results were not the main goal. How did the team react to them?

The coach did say that but we always played to win. There was no lack of commitment from our side. The team is adapting well to the strategies introduced by the coach and there is no issue at present.

The goal is to minimise the mistakes. Our team has a lot of young players at the moment and for them, the experience was a huge thing. The coaches and senior players are trying to guide them and once they realise how to manage those mistakes, it think that the problem will automatically be solved.

Were you personally happy with your own performance?

I think I was satisfied with my performance in the first half against Tajikistan and the game against Syria. Other than that, I thought that there were some mistakes and I should have performed better.

How has role changed in the dressing room with so many young footballers in the squad?

The role has really changed. You have to be a good example to your juniors and this is something that I learnt from my seniors. (Sunil) Chhetri bhai taught us that players notice what their seniors are doing and it is important for them to give your hundred percent so that you can inspire them.

Personally, how have you adapted to the new strategies and what are you mainly working on?

Right now, the main thing that I am focusing on is the distribution. The coach wants us to play from the back and that means that the goalkeeper has a major role to play in the build up. It is a requirement that the passing has to be accurate and I am working on it with the support staff.

Is there any extra pressure ahead of the World Cup qualifiers?

I think it is more excitement than pressure. There is no scope for mistakes in these games and we need to learn from the mistakes that we committed in the previous tournaments. The team is pumped ahead of the matches and it will not be wise to take us lightly in the qualifiers.