Cavani, Mbappe injured as PSG’s problems pile up despite win 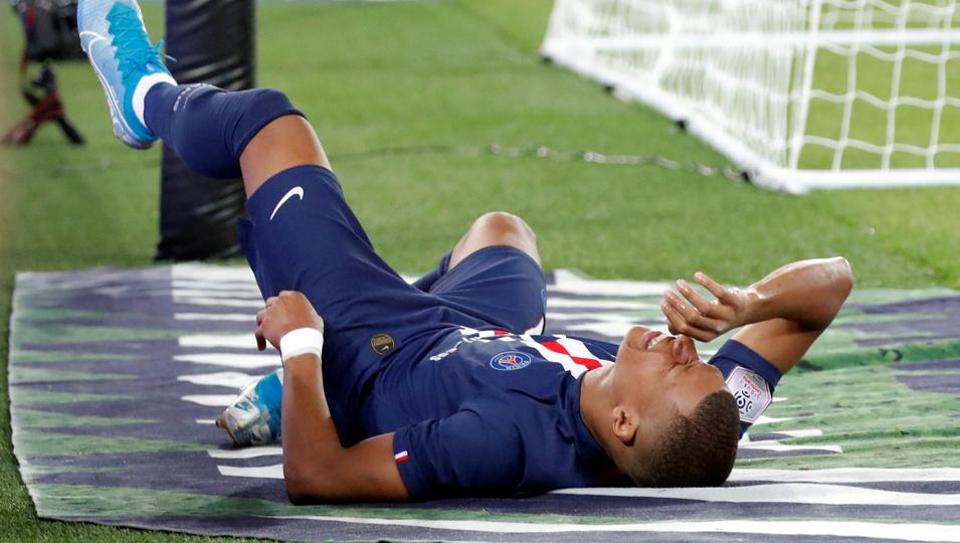 Paris Saint-Germain lost star strikers Edinson Cavani and Kylian Mbappe to injuries on Sunday as the French champions’ problems continued to mount despite a 4-0 thrashing of Toulouse. Thomas Tuchel’s men, who lost at Rennes last time out, have seen the start of their season dominated by the Neymar transfer saga.

The Brazilian was once again left out of the match day squad at the Parc des Princes amid rumours of a move to Real Madrid or return to Barcelona, and Tuchel saw his strike force totally dismantled as Cavani and Mbappe both hobbled off — as did centre-back Abdou Diallo.

Eric Maxim Choupo-Moting scored a second-half double, but only after coming on as a substitute for the injured Cavani, while Mbappe also departed the scene after appearing to pull up with a hamstring injury following a trademark burst into the box.

“We will wait for the tests,” said coach Tuchel. “These are different injuries, in different actions.

“There’s not a single explanation, we have to look for all the possible reasons. I’m disappointed because we’re talking about that when we’ve been very strong.” The capital-city giants sit three points behind early Ligue 1 pace-setters Rennes, who made it three wins from three by beating Strasbourg 2-0.

Tuchel responded to last weekend’s defeat by making three changes to his starting XI, including dropping captain Thiago Silva to the bench.

Mbappe twice came close to settling any early nerves in the first four minutes, but was denied both times by Toulouse goalkeeper Baptiste Reynet.

With Neymar looking increasingly likely to be heading to the exit door, PSG’s woes deepened when they lost another member of their fabled ‘MCN’ forward line as Cavani left the pitch in the 14th minute to be replaced by the usually much less potent Choupo-Moting.

Silva was introduced before half-time as Diallo, a close-season signing from Borussia Dortmund, also broke down injured. The home side started the second period well, though, and it was Choupo-Moting — whose stint at PSG has so far been best known for a shocking miss last season against Strasbourg — who turned past one defender, span around another, and drilled the ball into the bottom corner.

Visiting left-back Mathieu Goncalves scored a calamitous 55th-minute own goal by slicing a tame, bouncing ball away from Reynet’s gloves and into the roof of the net.

A difficult night for PSG got worse when Angel Di Maria, who would be expected to step up in the possible absences of Neymar, Cavani and Mbappe, saw a penalty comfortably saved by Reynet.

But former Stoke player Choupo-Moting suggested he may be able to shoulder some of the burden, slotting in his second and PSG’s third with 15 minutes remaining before Marquinhos’ late header added further gloss to the scoreline.

Earlier on Sunday, Rennes backed up their shock win over PSG last weekend with victory at Strasbourg. Julien Stephan’s side, who also stunned PSG to win last season’s French Cup, saw off 10-man Strasbourg thanks to goals in either half from Clement Grenier and M’Baye Niang to maintain their 100-percent start to the season.

Monaco’s miserable form continued as they blew a 2-0 half-time lead to be held to a 2-2 draw by fellow strugglers Nimes in the principality despite goals from close-season signings Islam Slimani and Wissam Ben Yedder.

The referee threatened to halt the game due to Nimes fans insulting French league chiefs with offensive language.

The league has mooted the idea of introducing a list of banned words in stadiums in an attempt to combat homophobia and bad language, but Nimes supporters hit back by telling them to “go fuck yourselves”.

A message over the PA system was read out to fans warning them to stop the chants or the game could be stopped, before the match continued with the Monaco supporters joining in with their Nimes counterparts.