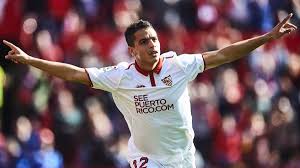 New Zealand’s all-rounder Jimmy Neesham who is known for coming up with quirky tweets, on Monday lauded England all-rounder Ben Stokes in a unique manner. Neesham took to Twitter to applaud Stokes who originally hails from New Zealand.

“It has been a hell of a month to be a kiwi born all-rounder that’s not me,” Neesham tweeted.

Stokes played one of the finest knocks in Test cricket as he guided England to an improbable one-wicket win against Australia on the fourth day of the third Test of the ongoing Ashes at Headingley.

The left-handed batsman went on to play an unbeaten knock of 135 runs.

It was then Stokes decided to play in an aggressive manner and he took on the Aussie bowlers, smashing them all around the park.

He found support in the number eleven batsman Jack Leach and the duo stitched together an unbeaten partnership of 76 runs, in which Leach only contributed 1 run from 17 balls.

Earlier this year, Stokes had also played a match-winning knock in the World Cup final to hand England their maiden 50-over World Cup triumph.

For his role in the final, Stokes was also nominated for New Zealander of the Year Award along with Kiwi captain Kane Williamson.

Stokes had expressed gratitude for getting nominated but he went on to say that entire New Zealand should rally behind Williamson and give him the award.

The ongoing Ashes is currently tied at 1-1 with still two Test matches left to play.

England and Australia will next lock horns in the fourth Test beginning from September 4 at Old Trafford.