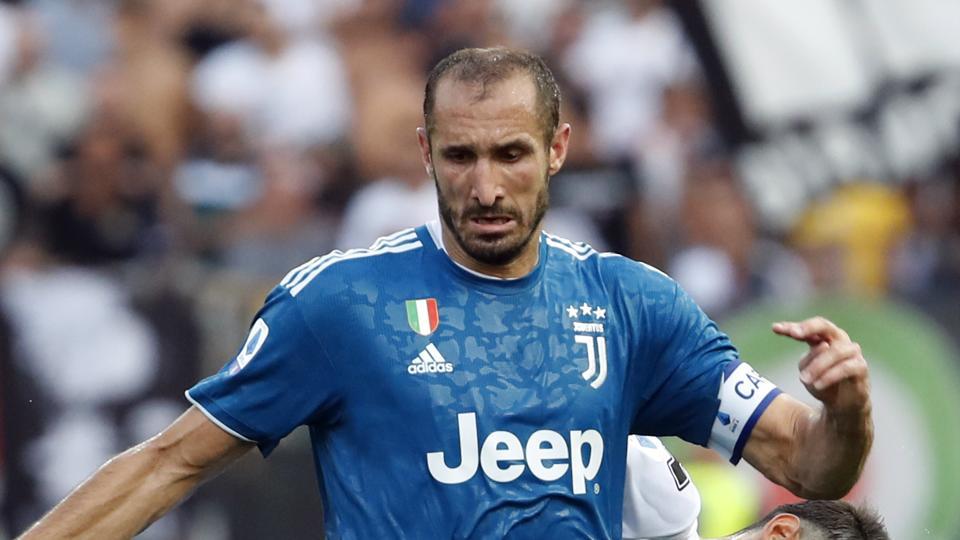 Veteran Juventus captain Giorgio Chiellini will undergo surgery after tore a ligament in his right knee in training, the Serie A champions announced on Friday.

The Turin club said that the defender had suffered the injury in training on Friday and that tests “showed a lesion of the anterior cruciate ligament.”

“It will be necessary to have surgery in the coming days,” said the club website.

Juventus did not give details of how long the 35-year-old would be sidelined, but according to reports in Italy it could be up to five months.

The eight-time reigning champions have signed Dutch defender Matthijs De Ligt this season but the absence of Chiellini will be a blow .

Juventus can count on Leonardo Bonucci and Daniele Rugani in defence along with Turkey’s Merih Demiral, signed from Sassuolo.

Chiellini scored the first goal of the Serie A season last Saturday as the champions kicked off their bid for a ninth consecutive title with a 1-0 win at Parma.

It was just the 27th goal in Chiellini’s 14-year Juventus career.

The champions play last season’s runners-up Napoli next Saturday in Turin, and open their Champions League campaign at Atletico Madrid on September 18.

Chiellini had also been called up by Italy coach Roberto Mancini for Euro 2020 qualifiers against Armenia and Finland.