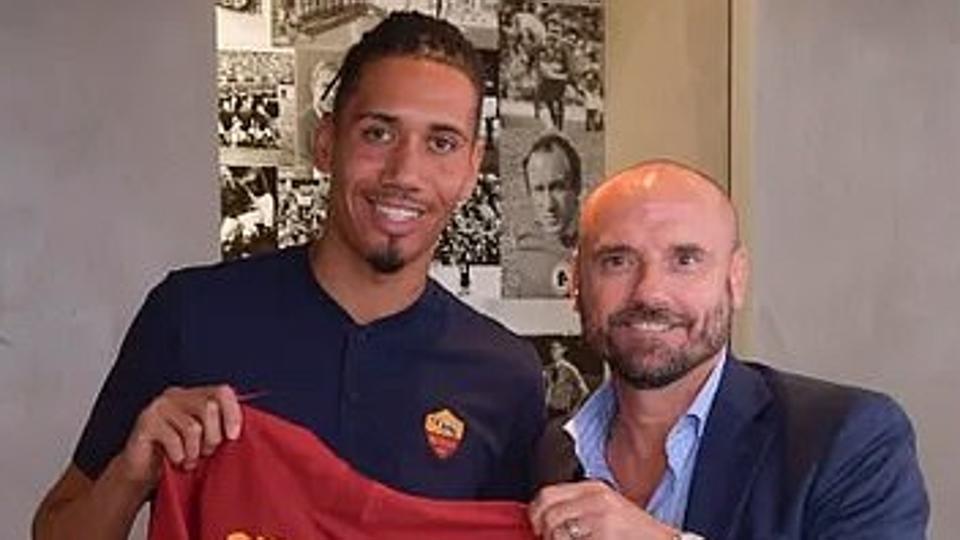 “This is the perfect opportunity for me,” said the 29-year-old England centre-back.

“The chance to experience a new league, with a big team that has got big aspirations is exactly what I needed.

“Hopefully I can hit the ground running. I’m looking forward to joining up with my teammates.”

Smalling, who has 31 caps for England, made 323 appearances for United during nine years at Old Trafford, winning the Premier League twice.

But he has fallen out of favour, with the club signing Harry Maguire for £80 million (90 million euros, $97 million) from Leicester.

“He’ll come back better for it because it’s a big club, it’s a good league.

“At the moment we’ve got six centre-backs and it’s just something that popped up towards the end (of the European transfer window) in the last couple of days.”

Smalling joined United from Fulham in 2010 and extended his contract until 2022 last December.

“There aren’t too many English players who have been playing in Italy so I think he’ll enjoy it,” added Solskjaer.

Roma have been short at the back since Greek centre-back Kostas Manolas left for Napoli last month for a reported fee of 36 million euros ($40.6 million).

The capital side conceded three goals in a thrilling draw at Genoa in their season opener and play fierce city rivals Lazio on Sunday.