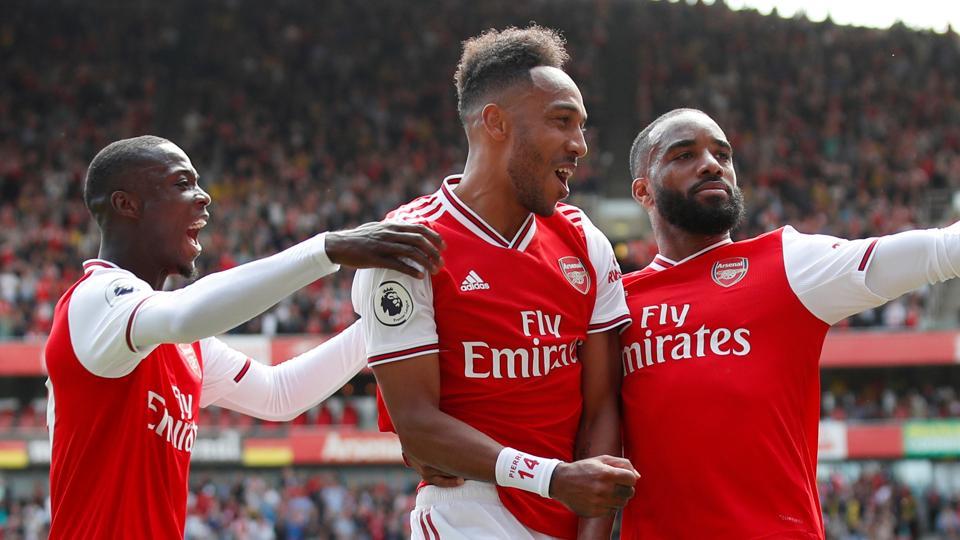 Arsenal used to take ruling the roost over Tottenham for granted, but the balance of power has swung Spurs’ way over the past three seasons as they have become north London’s Champions League regulars.

Sunday’s derby clash between the two offers the Gunners an early chance to show why this season will be different.

Spurs appeared to have all the momentum at the end of last season after reaching the Champions League final for the first time and moving into a new 62,000 capacity stadium — 2,000 more than Arsenal’s Emirates.

However, another frustrating transfer window followed despite making their first signings for 18 months.

A club record fee was splashed on Tanguy Ndombele along with the arrivals of Ryan Sessegnon and Giovani Lo Celso.

However, all three are unlikely to start on Sunday with Ndombele and Sessegnon injured, while Lo Celso is still getting up to speed after arriving on transfer deadline day for English clubs.

The words and actions of Tottenham boss Mauricio Pochettino suggest Spurs’ season will only get off the ground after the upcoming international break once the transfer window across Europe has closed.

Pochettino claims his squad are “the most unsettled group” he has worked with during his six years in charge, with doubts over the futures of Christian Eriksen, Jan Vertonghen and Toby Alderweireld.

All three have entered the final year of their contracts meaning they can leave the club for free next summer, presuming they remain at Tottenham beyond Monday’s European transfer deadline.

“For us and the club it is difficult to handle. Only we can wait,” said Pochettino on still not knowing how his squad will look for the rest of the season.

Eriksen has started just once, while Vertonghen has missed out on all three games so far this season.

Their presence has been missed in a worrying trio of performances that continued a stark drop-off in results in the second half of last season.

Eriksen came off the bench to help turn around a 1-0 deficit at home to newly-promoted Aston Villa on the opening weekend of the season into a 3-1 win.

A 2-2 draw at Manchester City was only respectable on the scoreboard as the Premier League champions peppered Pochettino’s men with 30 shots on goal to three.

And worse was to come in a shock 1-0 home defeat by Newcastle last weekend that means Spurs have taken just 15 points from their last 15 Premier League games.

Arsenal hold a two-point advantage over their local rivals heading into this weekend and remain a work in progress themselves.

Yet, having missed out on the riches of the Champions League again last season, Unai Emery cannot share Pochettino’s frustration at not being sufficiently backed in the transfer market.

Emery could unleash £72 million ($87 million) club record signing Nicolas Pepe alongside Pierre-Emerick Aubameyang and Alexandre Lacazette for the first time from the start.

Pepe showed why he was so coveted this summer with flashes of brilliance even in defeat by Liverpool last weekend that ended Arsenal’s perfect start to the season.

The Ivorian will have the chance to make himself an instant Arsenal hero against a struggling Spurs defence.

Villa and Newcastle exposed the space in between left-back Danny Rose and Davinson Sanchez, while Pochettino also has a selection headache at right-back.

For 21 years between 1995 and 2016 Arsenal fans celebrated ‘St Totteringham’s Day’ –– the day on which it became mathematically impossible for Tottenham to finish above them in the table.

The chances of that celebration returning come May will be much greater if Arsenal pounce on Spurs’ instability on Sunday.