DRAW GAME of the week:Manchester United 1, Liverpool 1 At Old Trafford 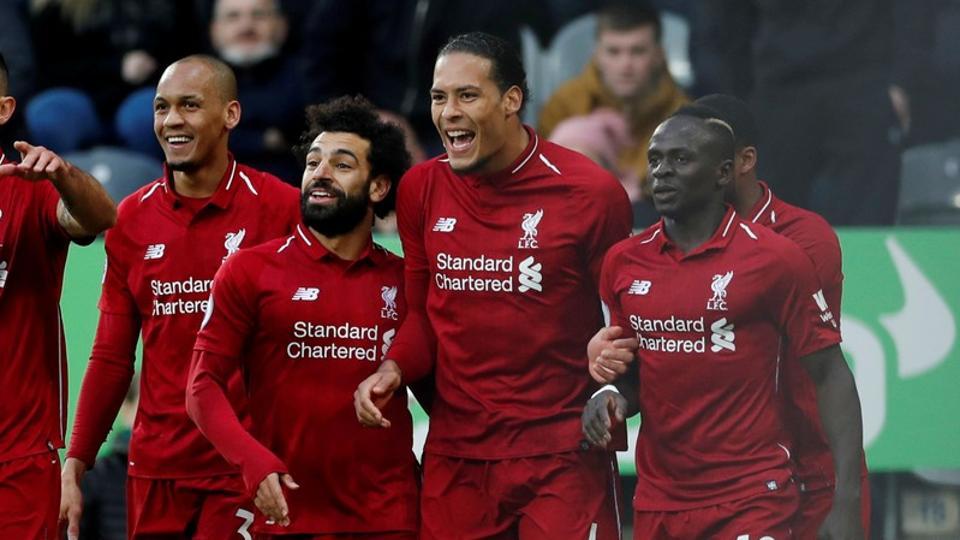 Liverpool’s perfect start to the Premier League season is over. After reeling off eight victories to open the new campaign — and 17 straight Prem wins overall, one shy of tying Manchester City’s record — the Reds needed an 85th-minute Adam Lallana goal to salvage a point in a 1-1 draw against an inspired Manchester United at Old Trafford.

The home team took a first-half lead on a strike by Marcus Rashford, who steered a beautiful cross from Daniel James past Reds keeper Alisson:

Mohamed Salah was missing for the visitors. The Theatre of Dreams has been more like Liverpool’s own personal House of Horrors historically. Manchester United played exceptionally well (more on that below), and Klopp surely felt his team was hard done by by the two VAR decisions (more on those below, too).

Despite all of that, the Reds were still guilty of coming out flat. Of course Klopp and Co. weren’t going to go 38-0 this season, but the truth is this result had been coming for weeks. Liverpool’s form has been far from convincing both in the Premier League and in the Champions League for the better part of two months. For a team hellbent on winning its first domestic title in 30 years, this is worrying. Holders Manchester City did Liverpool a huge favor by dropping points early this season, putting the Reds in pole position. But there’s still an awful lot games still to play.

A lull at this stage of the proceedings probably cost Liverpool the title last season. So while the Merseysiders deserve credit for coming back to get a point from a game they could’ve easily lost, they also failed to match United’s intensity for most of the match. This performance has to serve as a wakeup call for the Reds. Because all the “season of destiny” talk isn’t going to make Liverpool champions on its own.

Besides De Gea, Rashford and veteran Ashley Young, the lack of household names in Ole Gunnar Solskjaer’s lineup for the Prem’s marquee matchup only reinforced how far United has fallen in recent years. But man did Solskjaer’s players come out hard for their embattled manager, who is on the hot seat after the Red Devils limped out of the gates.

The hosts pressed Liverpool all over the field. They fought for every loose ball. They wanted it. They nearly got it, too, before the sort of late defensive lapse that has plagued Man United in the six miserable years since the legendary Sir Alex Fergusuon stepped away reared its ugly head yet again.

Lallana’s goal was soft. A win would’ve been nice. But United still deserves plenty of props for the effort they put in against the league leaders. The result can still serve as a building bock for the rest of the season. If Solskjaer is still around in January, he’ll have the opportunity to bolster his barebones squad. But to get him there, the players he has at his disposal — and hopefully a healthy Paul Pogba — will have to play like that even when the opponent isn’t a traditional foe or the trophy favorite.

In the first few months of its implementation by the Premier League, VAR continues to cause a stir. And as much as the idea was to get the important calls right, it’s hard to say that it improved the quality of this match.

Origi sure looked like he was fouled on the replay. The letter of the law says that Mane’s goal shouldn’t have counted because the ball grazed ever so slightly off his hand, even the striker appeared to know nothing about it, even though it appeared to hit defender Victor Lindelof’s arm before Mane deposited it in United’s goal.

Had the play happened last season, Liverpool would still be perfect.