Bud Dupree files grievance, disputing he is a linebacker 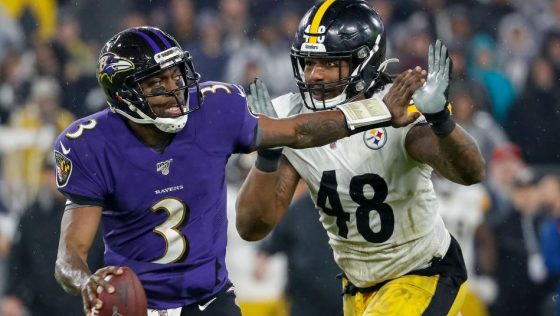 Bud Dupree signed his franchise tender on April 23, but he has filed a grievance disputing what his position is, Ian Rapoport of NFL Media reports.

The Steelers want to pay Dupree as a linebacker rather than as a defensive end. The franchise tag for linebackers is $15.828 million, and it’s $17.788 million for defensive ends.

Shaq Barrett has done the same with the Buccaneers, agreeing to sign the tender while filing a grievance over his position.

The Ravens and Matt Judon were in the same situation before agreeing to a compromise that will pay him $16.8 million this year.

Dupree and the Steelers have until July 15 to work out a long-term deal but are not close, per Rapoport.

Dupree is coming off a career-best 11.5 sacks last year.