THE CHANGING OF NAMES Will the Braves and Indians change names? 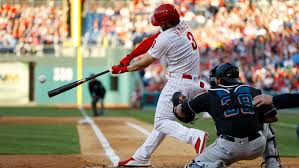 Will the Braves and Indians change names?

The Washington NFL franchise announced today that it will be “retiring” its old name and logo. Cleveland and Atlanta: you are on the clock.

Will the Braves and Indians change names? It’s time to ask that question anew.

The Washington NFL franchise announced today that it will be “retiring” its old name and logo. This comes after years of criticism from various groups that its old name was a racial slur. That wasn’t what spurred the change, of course. No, that came after a few weeks of sponsorship pressure. Money talks.

Major League Baseball has two teams with Native American-inspired names: the Atlanta Braves and Cleveland Indians. While those names, in and of themselves, aren’t literal racial slurs in the way that the NFL team’s name was, it is racially insensitive to use them as nicknames. And, in many cases, their mascots, the logos they have used, the iconography they have employed, the fan behavior they have encouraged and inspired has been downright racist.

While, in the past, getting the Braves and Indians to even comment about their use of Native American names and motifs was like pulling teeth, in recent days both teams have at least taken steps to acknowledge that, yeah, they have problems in this regard. Last week, after the Washington NFL club said it would review its name, the Indians released a statement, saying, “We are committed to engaging our community and appropriate stakeholders to determine the best path forward with regard to our team name.” The Braves took a different tack, with Ken Rosenthal reporting that, while they would reconsider their encouragement of fans to do the “Tomahawk Chop,” they had no intention to change the name of the team.

With Washington’s move, however, one has to ask what’s stopping them. Or, more positively, what will make the Braves and Indians change names.

Principle doesn’t seem to be the key factor in making the Braves and Indians change names. Indeed, the Washington club’s press release and public statements about their name change pretty strongly suggests that they’re doing it reluctantly. Their press release used the slur that was their old nickname multiple times and featured the soon-to-be discontinued logo. If people (read: sponsors) weren’t making a fuss over this they’d not be lifting a finger to change a thing. At the same time, the Braves and Indians’ acknowledgement of the criticism — and the Braves many half-hearted steps to, at least situationally, acknowledge that the Tomahawk Chop is offensive — pretty much prevents them from taking a defiant “there’s nothing wrong with our names!” stance. They’ve already ceded that ground. And, privately, team executives will admit that they know they’re on the wrong side of history with these names and all they entail and inspire. Principle — whether it’s for or against name changes — doesn’t seem to move the needle.

What’s mostly stopping them, I suspect, is fear of immediate backlash from hardcore fans if the Braves and Indians change names. And, given the environment in which we live, the political response. The Indians saw this with their long, drawn-out elimination of the Chief Wahoo mascot, which motivated a small but vocal portion of the fan base to make a lot of noise about it as it was being discussed. The Braves, too, got at least some amount of political blowback last year when they declined to play the Tomahawk Chop music when Native American pitcher Ryan Helsley came into the game for the Cardinals.

But the calculus about whether the Braves and Indians change names has itself changed now, has it not? Needless to say, the national conversation about race has taken a dramatic turn in the past few months, rendering that head-in-the-sand approach untenable. It’d be foolish to suggest that there has been a sea change in the attitudes of all Americans when it comes to race, but the reflexive defense of racism or racist institutions that we may have seen even a few months ago is not so easily and readily deployed today. There is now room for a conversation people were not willing to have even a short time ago, and both the Cleveland and Atlanta baseball clubs can and should take advantage of it.

But even if they don’t, remember how we began this article: with the acknowledgement that money talks. Money in the form of sponsorship action that moved even the stubborn Washington NFL club into action and which can, presumably, more easily do so with the Braves and Indians. And, if the clubs are wise, money over the long term in the form of new merchandise sales. People buying t-shirts, jerseys, and the like with the clubs’ new names and logos on them. Sure, there may be some initial backlash, but we’ll soon see Washington’s NFL fans rushing to buy new gear to reflect the new team identity. That pattern will repeat itself if Cleveland and Atlanta do it too.