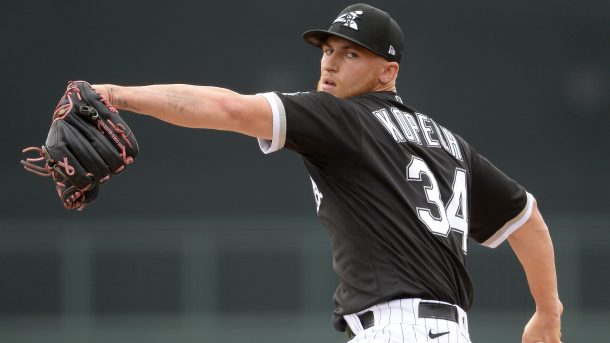 White Sox pitching coach Don Cooper said he is concerned about starter Michael Kopech, who opted out of the season on Friday, Daryl Van Schouwen of the Chicago Sun-Times reports.

Cooper said, “I don’t know what is going on with Michael, but I know he deals with some anxiety and depression, and my thought is, I sure hope he’s OK. And I hope he gets to where he needs to be, where he’s feeling good and wants to come back, because we will welcome him back with open arms.” Cooper noted that Kopech “was in a great place” during spring training and added, “I’m concerned that he’s not OK.”

Kopech has, admirably, been open about his mental health struggles in the past. He hasn’t yet spoken publicly about his reason for electing not to play, not that he needs to justify it to anyone. The White Sox also haven’t provided any details.

Kopech, 24, debuted in 2018 with the White Sox, allowing eight earned runs on 20 hits and two walks with 15 strikeouts over 14 1/3 innings. He went from the Red Sox to the White Sox in December 2016 in the Chris Sale trade that also included Yoán Moncada, Victor Diaz, and Luis Alexander Basabe.