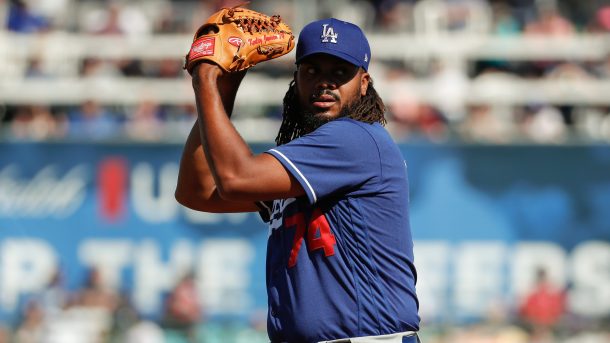 MLB.com’s Ken Gurnick reports that closer Kenley Jansen has arrived at Dodgers camp. Jansen was a week and a half late because he tested positive for COVID-19. Both of Jansen’s kids also suffered from the virus.

Jansen, 32, has a heart condition but he said he never considered opting out of the 2020 season. Speaking about the virus and some skepticism concerning the seriousness, Jansen said, “It is real. Everyone in the world — just take it serious. Wear your mask. Trust me, it happened so fast.”

Despite the late start at Dodgers camp, Jansen expects to be ready for the start of the regular season. Last year, he recorded 33 saves with a career-high 3.71 ERA, 80 strikeouts, and 16 walks over 63 innings of work. Now entering his 11th season, the veteran right-hander will once again handle save situations while Blake Treinen, Pedro Báez, and Joe Kelly help bridge the gap.

The Dodgers open the regular season on July 23 at home against the Giants. Clayton Kershaw will take the hill, likely opposite Johnny Cueto. The Dodgers are one of four teams starting play on the 23rd; the remaining 26 teams open their seasons on the 24th.