Cam Newton meets up with N’Keal Harry for workout 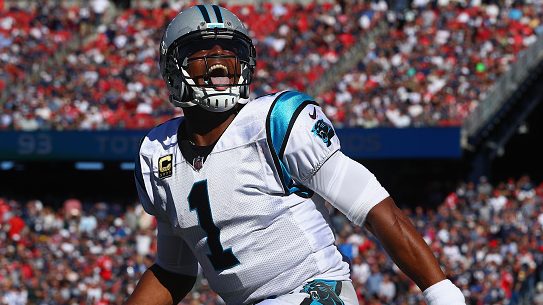 Cam Newton is continuing the process of developing relationships with his new Patriots teammates this week.

Newton met up with wide receiver Mohamed Sanu in Los Angeles last week so they could work out together and the quarterback spent some time with another member of the receiving corps this time around. Videographer John Aguero shared video of Newton’s workout with N’Keal Harry on a field at UCLA.

The one-on-one workouts can’t take the place of a full offseason, but it will give Newton some familiarity with the players he’ll be throwing passes to once training camp starts later this month. He’s also making his way through the team’s playbook as he gets used to life as a member of the Patriots.

Developing chemistry with Newton couldn’t hurt Harry either. The first-round pick was limited to 12 catches in seven games during his rookie season and the team would love to see a jump in his productivity in Year Two.