Jordan Hicks opts out of 2020 season 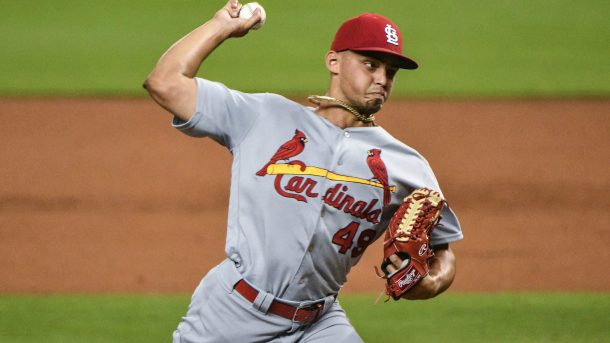 The St. Louis Cardinals have announced that reliever Jordan Hicks has opted-out of the 2020 season. The announcement cited “pre-existing health concerns.”

Hicks was already set to begin the 2020 season on the injured list as he’s still recovering fromTommy John surgery he underwent in late June last year. Still, he was expected to contribute to the club relatively early into the abbreviated year. The pre-existing condition, one would assume, is Type 1 diabetes, which Hicks has spoken about dealing with in the past and which may increase a person’s risk of severe illness from COVID-19.

Hicks, 23, is baseball’s hardest thrower. Last year he had, by far, the highest average velocity on his pitches, per Statcast and threw the 21 fastest pitches recorded all season long, four of which posted above 104 MPH. Over his brief career Hicks has saved 20 games with a 3.47 ERA, 101 strikeouts, and 56 walks in 106.1 innings.

Jordan Hicks has opted out of the 2020 season, citing pre-existing health concerns. pic.twitter.com/WjNhHaDqHy