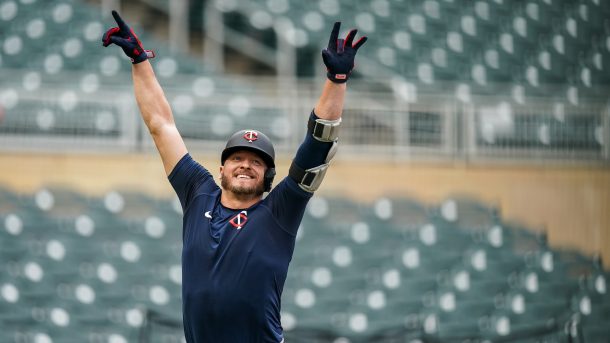 The 2020 season is now a 60-game dash, starting on July 23 and ending, hopefully, with a full-size postseason in October. Between now and the start of the season, we’ll be giving quick capsule previews of each team, reminding you of where things stood back in Spring Training and where they stand now as we embark on what is sure to be the strangest season in baseball history. Next up: The Minnesota Twins roster and schedule:

In light of that, there is a great degree of latitude for which specific players will break summer camp. For now, though, here are who we expect to be on the Twins roster to begin the season:

The Twins hit 307 home runs last season and then they went out and got Josh Donaldson. So, yeah. This offense is gonna thump again. Especially if, as many suspect, the ball will remain juiced this year as it was last year. Some people actually suspect it’ll be more juiced, with MLB looking for a way to draw as much interest as possible given the late start and everything else. Oh, getting Donaldson also upgrades the Twins defensively at third and allows Miguel Sanó to move to first base. Where he’ll likely be until Nelson Cruz retires at which point he’ll likely be a DH. After a scare earlier this week it looks like Byron Buxton will be ready to go for the opener.

The rotation is deeper this year than it was last year, with Rich Hill, Kenta Maeda, and Homer Bailey being added to the fod in the offseason. Jhoulys Chacín is around for depth. Michael Pineda will be available for the stretch run and postseason after he finishes serving his drug suspension which was imposed late last season. Randy Dobnak and Devin Smeltzer are guys who could start as well if need be. Tyler Clippard is new in the bullpen. He’ll join a good but not spectacular group.

Any way you slice it, the Twins look to be, once again, the class of the otherwise weak AL Central.

The entire Twins roster and schedule can be seen here.