‘It’s like riding a bike, you still remember it’: Swann believes game rust no problem for spinners 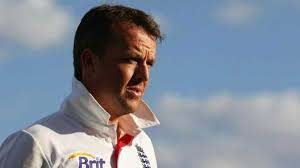 Former England off-spinner Graeme Swann is certain that spinners will not have much trouble adapting to the new rules, that suggest the ban of saliva and maintaining social distancing. Even though fast bowlers are the ones to suffer the most without the use of saliva on a ball, spinners are expected to face their share of issues with the new rule as saliva helps in providing drift on the ball.

“It’s all in the head, once you get to the top of professional cricket and international cricket as well, you are brilliant in what you do, you are very, very good, your body knows exactly what it is doing. It’s all in your head, no matter how much time these guys have off, muscle memory does not disappear. It’s like riding a bike, you still remember how to do it,” Swann said on the Cricket Connected Show on Star Sports.

Swann is one of England’s finest spinners. The former off-spinner was instrumental in England’s rise to the top of the ICC Test Rankings in 2011 while being the number one-ranked bowler in ODI cricket at the same time. He retired after the 2013-2014 Ashes series despite always proving dangerous on English pitches.

As far as spinners such as R Ashwin and Nathan Lyon are considered, being away from the game may be a bit of a concern, but Swann suggests even if those doubts exits, they are likely to go away once it’s game time.