Zach Banner: Men in NFL need to “make the workplace for women a lot more appropriate” 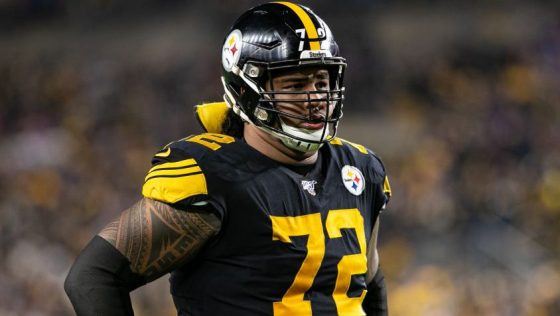 After Eagles wide receiver DeSean Jackson posted anti-Semitic content on social media, Steelers tackle Zach Banner posted a video calling for people to “uplift each other” rather than “stepping on the back of other people to elevate ourselves.”

Banner posted another video this week in reaction to the Washington Post report featuring 15 former female employees of the Washington football team and two reporters covering the team making allegations of sexual harassment against male employees of the organization. Banner said men in the NFL “need to be accountable . . . and make the workplace for women a lot more appropriate.”

“We need to identify as men within the National Football League, and men in general, to lead by example, as men in the NFL because we make as much money as we do and because we have such a great platform to be able to share this with women who want to be not only reporters, cheerleaders, coaches as well, other women within the building. We can no longer expect for them to hold themselves up. So we have to change the environment,” Banner said.

Banner said he hopes others join him in promoting the message of “solidarity” with women working around the NFL so that there aren’t repeats of the situation in Washington.