Mohamed Sanu moves a coach into his house for offseason work 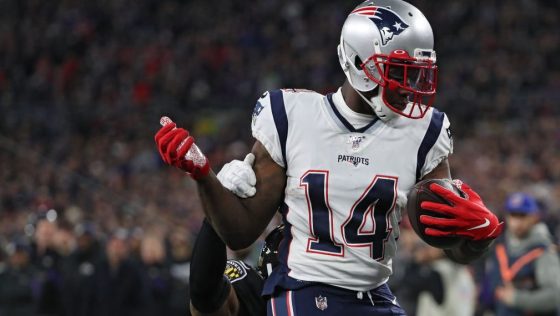 Patriots wide receiver Mohamed Sanu had a disappointing second half of the season after he was traded to New England last year. He’s working hard to keep that from happening again this year.

Sanu hired a full-time coach to live with him this offseason for non-stop offseason work that he’s hoping will result in a better 2020 season, according to Mike Reiss of ESPN.

The coach, Drew Lieberman, previously worked as an assistant coach at Rutgers, where Sanu played, and that’s where Sanu got the recommendation for Lieberman as someone who can make him better this offseason.

Sanu has also been working with all of the Patriots’ quarterbacks — Cam Newton, Jarrett Stidham and Brian Hoyer — this offseason.

Will power play by players change the NFL’s approach on COVID-19?
Zach Banner: Men in NFL need to “make the workplace for women a lot more appropriate”