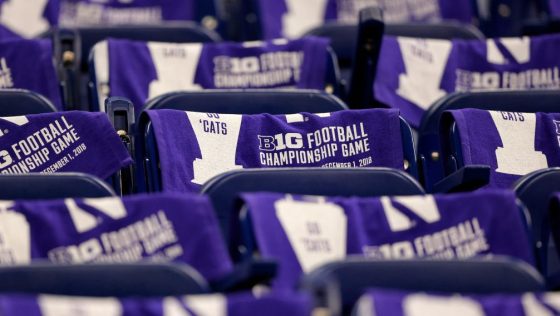 Vikings defensive end Ifeadi Odenigbo says he has an advantage when it comes to preparing to play in an empty stadium.

Odenigbo noted that he played his college football at Northwestern, where the attendance was typically near the bottom among programs in the Power 5 conferences in college football.

“People keep asking me ‘hey Ifeadi is it going to be weird not playing with fans?” I tell these suckas clearly you’ve never watched an 11am Northwestern game! I was born to do this,” Odenigbo wrote on Twitter.

Odenigbo added, “Northwestern is giving me an edge,” injecting some levity into a serious situation.

Tom Brady: “Let’s stay unified and demand answers from the NFL”
FOX to use virtual fans for MLB games, talking to NFL