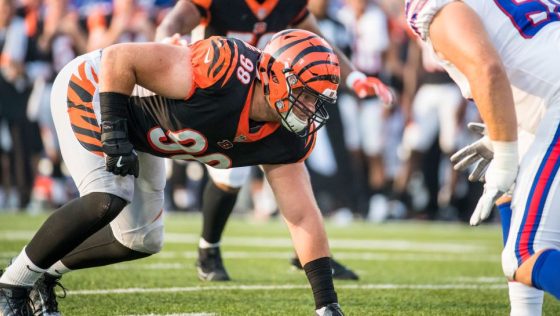 The Bengals parted ways with a former fourth-rounder.

The team announced that defensive tackle Ryan Glasgow was waived with a failed physical designation.

Glasgow has been with the Bengals since 2017.

He’s played in 24 games, with three starts, but also torn his ACL twice.

The Bengals spent big money on free agent D.J. Reader this offseason to shore up the middle of their line.

Report: 49ers, George Kittle have negotiated but are not close to a deal
Lamar Jackson thinks Marquise Brown’s “going to show off” this year