Report: 49ers, George Kittle have negotiated but are not close to a deal 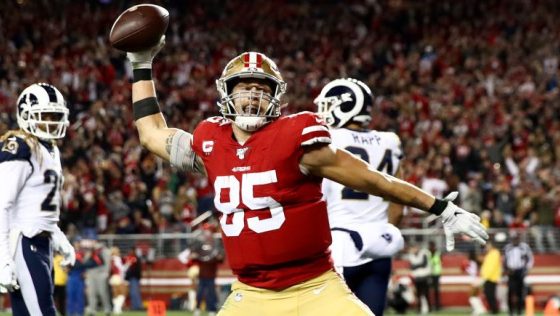 San Francisco tight end George Kittle is likely, eventually, to become the highest-paid tight end in the NFL. But it may not happen soon.

Kittle and the 49ers have negotiated a contract extension but are not close to a deal, according to Ian Rapoport of NFL Network.

General Manager John Lynch said it would be “silly” for the 49ers not to get a deal done with a player of Kittle’s caliber, but that doesn’t necessarily mean the 49ers are going to make an offer to Kittle’s liking in the near future.

is heading into the final season of his rookie contract and has a $2.133 million base salary. He’s slated to become an unrestricted free agent in March and would presumably get the franchise tag if he hasn’t signed a long-term contract extension before then.