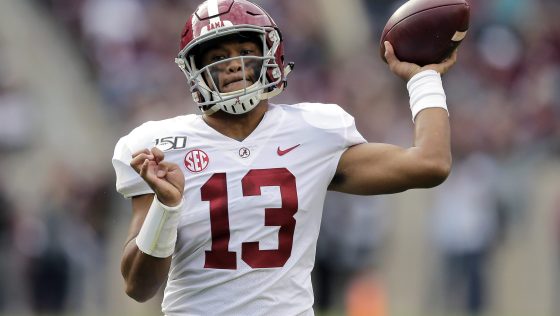 Quarterback Tua Tagovailoa said last week that he feels ready to practice without any limitations and the Dolphins agree with that assessment.

Dolphins head coach Brian Flores spoke to reporters on Wednesday and said that Tagovailoa will not be placed on the physically unable to perform list as a result of the hip injury he suffered while at Alabama last season.

“He’s through his physical,” Flores said, via Adam Beasley of the Miami Herald. “When there’s practice you’ll see him out there. . . . He’s not on PUP. There’s an acclimation period for the next two weeks. There’s strength and conditioning and walkthroughs.”

Tagovailoa will join Ryan Fitzpatrick and Josh Rosen in quarterback drills once the team does get on the field for practices and Flores said the job isn’t going to be “handed out” without competition between the players in the coming weeks.