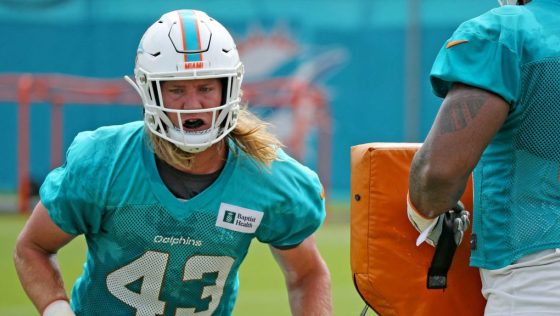 Buccaneers tight end Cameron Brate was promoting the need for plasma donations after he recovered from COVID-19, and he’s not the only Florida player doing so.

The Dolphins just sent out a message via social media encouraging donations of convalescent plasma, which can help patients still dealing with the virus.

After recovering from COVID-19, multiple players donated convalescent plasma with @my1blood to help patients who are still fighting the virus.

The Dolphins have placed three players on the reserve/COVID-19 list, meaning they’ve either tested positive or are quarantining after coming into contact with someone who has. One of them, defensivse tackle Benito Jones, has been activated from the list. The other two, long snapper Blake Ferguson and cornerback Cordrea Tankersley remain in the league’s protocol before they can return.