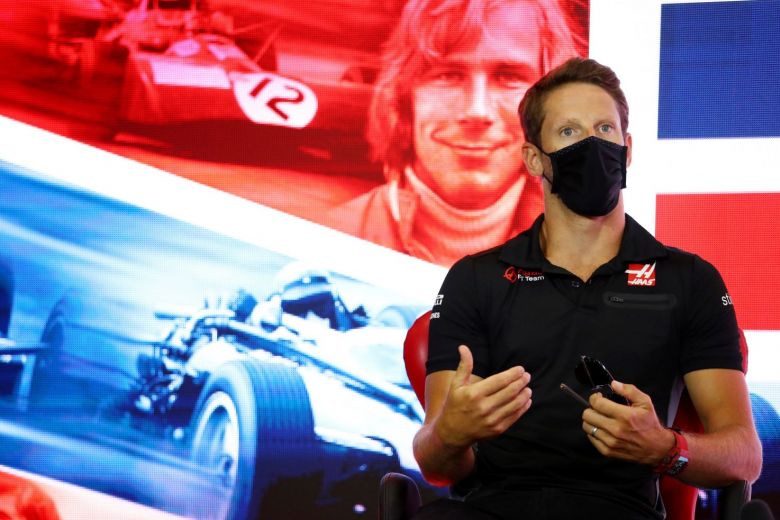 SILVERSTONE, UNITED KINGDOM (AFP) – Romain Grosjean and Lewis Hamilton have cleared the air and paved the way to a better organised and more unified drivers’ anti-racism demonstration ahead of this weekend’s British Grand Prix.

Speaking during official virtual news media conferences at Silverstone, the Frenchman, who is a director of the Grand Prix Drivers Association (GPDA) revealed he had a 45-minute phone call with Hamilton on the Tuesday following the Hungarian Grand Prix.

“It was a good chat with Lewis,” said the Haas driver, who had been criticised by the six-time world champion for not pushing the GPDA members to continue to take the knee or show their unity after the season-opening Austrian Grand Prix.

“Maybe I did it the wrong way, but I felt that I had to do it at the time. In the GPDA, we work on the majority vote system and I felt that if I wasn’t, as one of the directors, listening to the drivers – who were not happy to carry on – I wasn’t doing my duties.

“He mentioned that as one of the directors they’re listening to you, and that was his point and I think he was right in that aspect.

“It was a really good phone call – and I also said I wasn’t very happy that the media came out and, on my social media, there were a lot of things about racism, and that I am a racist and whatsoever, which is absolutely wrong.

“I was one of the first ones to support and to push that we take the knee and I’m still hopeful that one day we will get 20 drivers to take the knee on the grid and that it will happen at one point.”

Hamilton had said he felt compelled to speak out about a lack of leadership and unity and what he felt was an unnecessary “battle” to ensure the sport’s anti-racism stance was pushed to the front of people’s minds.

“He’s one of them that thinks it was done once – and that’s all we need to do,” said Hamilton.

Grosjean added that having settled matters with Hamilton, the GPDA and the world champion had spoken to the International Motoring Federation (FIA) and Liberty Media about organising a cohesive and formal pre-race ceremony at Silverstone.

“It’s hard for us drivers to organise things over an event because you know we’ve got many things to look at,” he said.

“So we wanted more guidance from Liberty and a clear procedure before the race as we did in Austria for race one.

Formula One: Vettel in no hurry to decide his future
Formula One: Verstappen tops Hamilton and Stroll in British GP opening practice as Hulkenberg returns in ninth