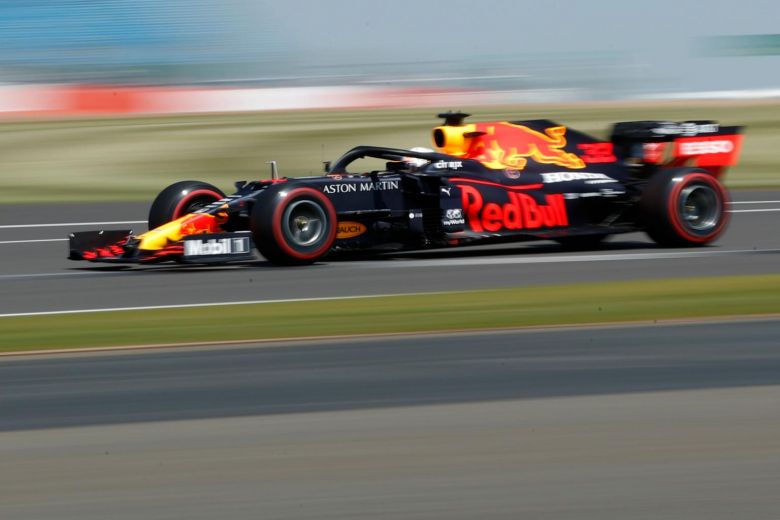 The Dutchman clocked a best lap in 1min 27.422sec to beat six-time world champion Hamilton’s Mercedes by 0.474 of a second.

As the action began in hot weather at the fourth round of this year’s coronavirus-delayed Formula One season, Lance Stroll confirmed the pace and potential of his controversial Racing Point “pink Mercedes” by claiming third place ahead of Alexander Albon in the second Red Bull.

Charles Leclerc was fifth for an improved Ferrari ahead of Valtteri Bottas in the second Mercedes, Esteban Ocon and his Renault team-mate Daniel Ricciardo, Nico Hulkenberg in the second Racing Point and Daniil Kvyat of Alpha Tauri.

Hulkenberg, drafted in overnight by the Silverstone-based Racing Point outfit, was only six-tenths off Stroll’s time, a very solid showing for a man who, 24 hours earlier, had no idea that he would be back in the sport.

The German was just 1.1 seconds slower than Verstappen on his return in an unfamiliar, but fast, car – the subject of successive protests, challenging its integrity and originality, from Renault.

On a hot day in central England, the air temperature was 31 deg C and the track 48 deg in front of empty grandstands and campsites.

Hulkenberg was the centre of attention as he made his first F1 appearance since the end of last season, after Sergio Perez on Thursday became the first Formula One driver since the start of the season to test positive for coronavirus.

But it was young Briton Lando Norris who topped the early times for McLaren ahead of Red Bull’s Verstappen, who soon cut his time to take top spot.

The session was red-flagged to a halt after 28 minutes when Antonio Giovinazzi spun his Alfa Romeo at Becketts, soon after team-mate Kimi Raikkonen had spun at Luffield.

Related Story
Formula One: Singapore GP open to circuit revamp with NS Square project due to start in 2022

Related Story
Formula One: Italian Grand Prix at Monza to run without spectators

Once the debris was cleared, the action resumed, but without Sebastian Vettel, Ferrari announcing that he was grounded by an intercooler problem.

Predictably, the two “black arrows” were soon setting the pace with Hamilton ahead of Bottas by six-tenths on the medium tyres until Verstappen responded again on softs to go top.

Despite 30-year-old Mexican Perez’s positive test, organisers insisted that Sunday’s race will still go ahead as the incident “will have no wider impact on the event”.

“Following the announcement that Sergio has tested positive for Covid-19 at the Silverstone Circuit ahead of the British Grand Prix, the team regrets to announce that he will be unable to participate in this weekend’s race,” said Perez’s team in a statement.

“Sergio is physically well and in good spirits, but he will continue to self-isolate under the guidelines of the relevant public health authorities, with safety the ultimate priority for the team and the sport,” added Racing Point.

It is possible that Britain’s quarantine rules mean Perez will miss the fifth round of the championship, also at Silverstone, next weekend.