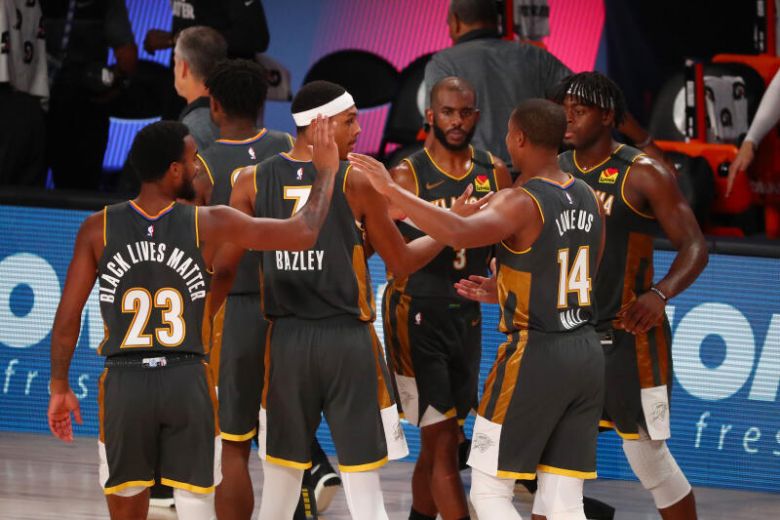 Darius Bazley scored a career-high 23 points to lead the Oklahoma City Thunder to a 121-103 win against the Washington Wizards on Sunday (Aug 9) near Orlando.

For the second consecutive game, the Thunder jumped out to a big lead early.

But unlike Friday’s game against Memphis, where an 18-point first-quarter lead turned into a 29-point blowout loss, this time Oklahoma City was able to keep control to remain in the thick of the race for a top-four spot in the Western Conference.

The Thunder broke a tie with idle Utah for fifth place with the win.

Oklahoma City jumped ahead big early, scoring the game’s first 10 points and leading by as many as 15 in the first, thanks to a hot start by Mike Muscala.

Muscala, who had missed two games in the concussion protocol, made his first start of the season because of injuries to the Thunder’s top two centers.

Muscala took advantage of the opportunity with three first-quarter 3-pointers.

He finished with 14 points.

While Muscala got things going offensively, Bazley kept it rolling. He had 11 second-quarter points as the Thunder pulled away even more.

The Wizards (24-46) remain winless in the NBA bubble, having dropped six consecutive games.

Washington has two games remaining at the ESPN Wide World of Sports Complex.

While the Thunder got Muscala back, they were still short-handed.

In addition to being without backup point guard Dennis Schroder, who missed his fourth consecutive game after the birth of his second child, Oklahoma City was also without Andre Roberson and their top two centers.

Steven Adams and Nerlens Noel were both late scratches. Adams missed his second consecutive game with a left leg contusion while Noel is nursing a sore right ankle.

Sunday’s win was Oklahoma City’s third during the restart. Each time, the Thunder have led wire-to-wire.

Jerome Robinson led Washington with 19 points off the bench.

Danilo Gallinari scored 20 for Oklahoma City while Shai Gilgeous-Alexander, who had struggled since Schroder left the team, had 18 points, seven assists and six rebounds.