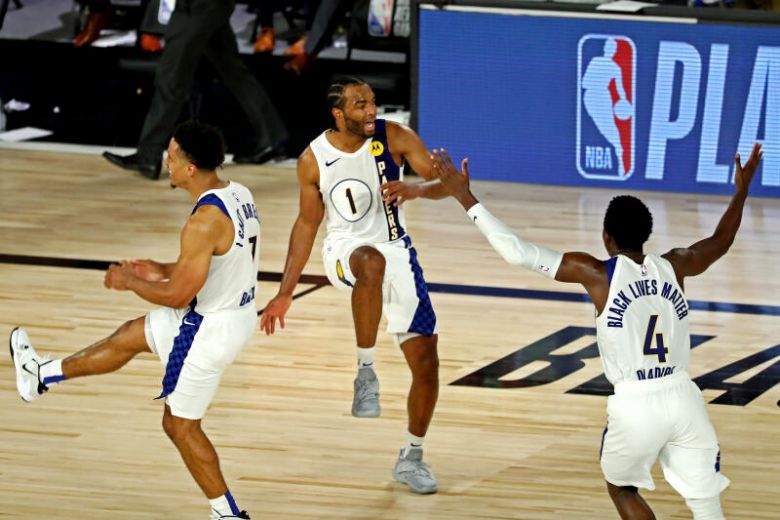 MIAMI (AFP) – T.J. Warren scored 39 points on Saturday (Aug 8) as the in-form Indiana Pacers inflicted a 116-111 defeat on LeBron James and his stuttering Los Angeles Lakers, who have lost three in a row as the NBA playoffs approach.

Indiana’s win ensured the NBA’s top regular-season record will belong to the Milwaukee, despite the Bucks losing 136-132 to Dallas in over-time.

“I just feel like I’m in a groove,” Warren said. “As a team, we’re in a groove, good rhythm, high energy, we come out with a lot of effort.

“We’re just together. We’ve just got to keep the chemistry hot. We just have to keep it up heading to the playoffs.”

The Bucks (55-15) won’t have the home court advantage that usually comes with the top mark.

All games are being played in a quarantine bubble at Walt Disney World in Orlando, Florida, due to the coronavirus pandemic that halted the season in March.

The Pacers improved to 4-1 since the restart, closing with a 13-5 run to beat the Western Conference top seed Lakers, who fell to 2-4 in the bubble and 51-18 overall.

That was despite 31 points, eight rebounds and seven assists from three-time NBA champion James – the only LA starter in double figures. Anthony Davis went 3-of-14 from the floor for only eight points.

Dallas ended with a 7-0 run to force overtime at 119-119, then scored the first nine in the extra period on the way to victory.

Slovenian guard Luka Doncic had an impressive triple double for Dallas with a game-high 36 points, a career-high 19 assists and 14 rebounds. “We just keep improving,” Doncic said. “We have to keep playing like this.”

Giannis Antetokounmpo and Brooks Lopez each scored 34 to lead Milwaukee.

The Lakers open the playoffs against the winner of a six-team fight for the last playoff spot in the West.

The Clippers, already resting star Kawhi Leonard for load management, improved to 47-22, second in the West.

C.J. McCollum scored 29 to lead Portland, which also had 22 points from Damian Lillard and reserve Gary Trent Jr. and 21 from Carmelo Anthony.

Rodney McGruder, a 26 percent shooter from three-point range, connected from beyond the arc to put the Clippers ahead 118-117 with 26 seconds remaining. Lillard missed two free throws and LA sank four free throws in the final seconds to seal the victory.

Lillard responded by saying, “Paul George is a guy sent home by me last year in the playoffs so they know. The reason they reacting like that is because of what they expect from me.

“I’m not offended by it. If anything, it should tell you how much it hurt them to go through what I put them through in those situations.”

George replied on social media: “And you getting sent home this year.”

Lillard responded by posting: “You boys is chumps.”

The Blazers (32-39) fell 1.5 games behind eighth-place Memphis. Denver, third in the West, kept pace with the Clippers by outlasting Utah 134-132 in a double overtime thriller.

Nikola Jokic sparked the Nuggets with 30 points and 11 rebounds. Jamal Murray had 23 points and 12 rebounds in his bubble debut. Donovan Mitchell led Utah with 35 points.