WWE Extreme Rules Live Streaming: When and Where to Watch, Live Coverage on TV and Online 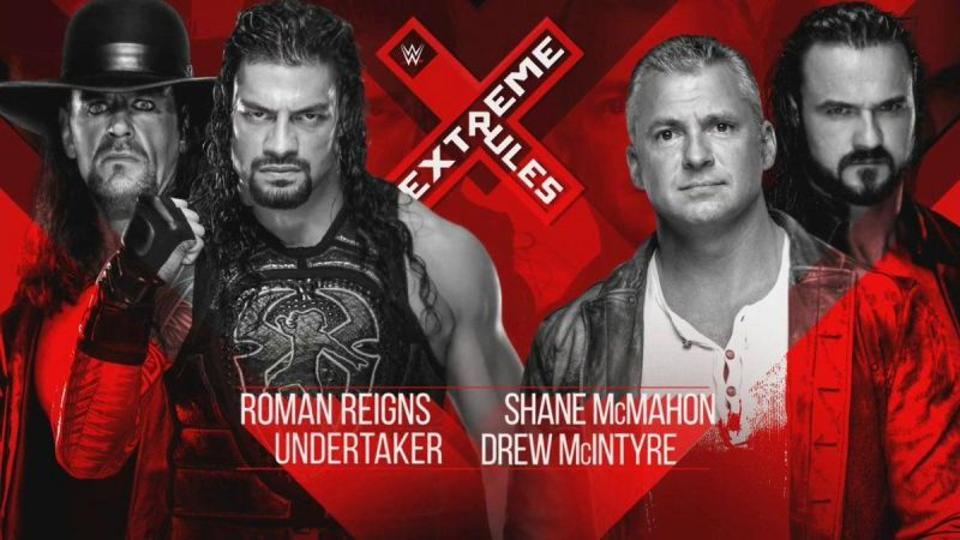 The Undertaker is coming back to the WWE and its not for a show in Saudi Arabia. The Phenom will team up with Roman Reigns to take on Shane McMahon and Drew McIntyre in the most likely main-event of Extreme Rules on Sunday (Monday in India). Extreme Rules is the one night where WWE try to ditch the PG era and book matches which have no rules and regulations. And this year they have a mega match as for the first-time ever Undertaker and Roman Reigns team up together.

Extreme Rules will take place at the Wells Fargo Center in Philadelphia, Pennsylvania. The other big matches on the night will have Kofi Kingston defend his WWE Championship against Samoa Joe while Universal champion Seth Rollins and Raw Women’s champion Becky Lynch team up to face Baron Corbin and Lacey Evans in a winner-take-all Mixed Tag Team match.

Raw Tag Team Champions The Revival vs. The Usos

Where to watch WWE Extreme Rules:-

Watch Extreme Rules Live on the WWE Network. The WWE Network can be used to watch this event live across all streaming devices through the WWE App on mobiles, tablets, Smart TVs and consoles.