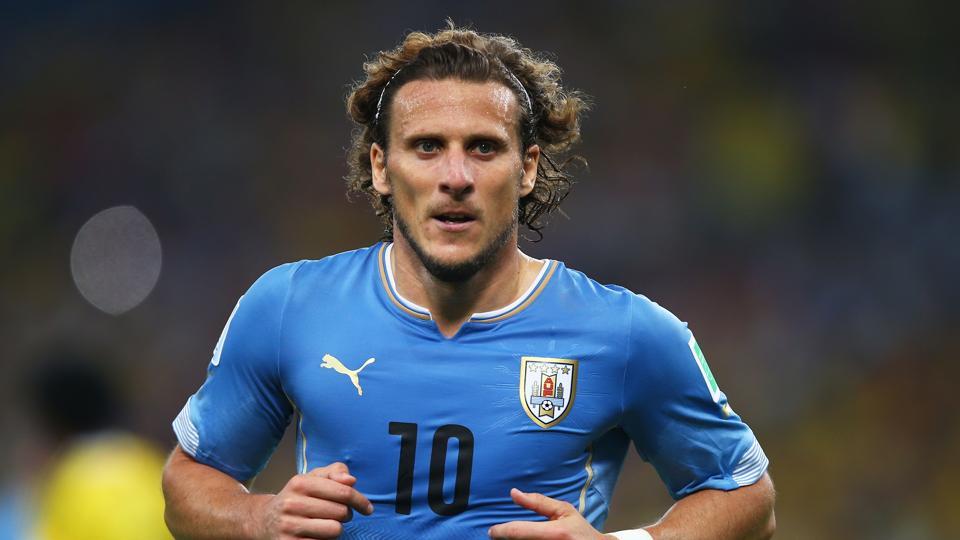 Legendary Uruguay striker Diego Forlan, who had won the Golden Ball award after being adjudged the best player of the 2010 FIFA World Cup, has announced his retirement from professional football on Wednesday. Forlan was the guiding force of Uruguayan football in the new century, taking them back to the glory days of the past, when they became world champions twice in 1930 and 1950.

“After 21 years I made the decision to end my career as a professional footballer. A beautiful stage closes full of great memories and emotions but another of new challenges will begin. Thanks to all who in one way or another accompanied me on this path!” Forlan tweeted.

— Diego Forlan (@DiegoForlan7) August 7, 2019
The 40-year-old played for the likes of Manchester United, Atletico Madrid, Inter Milan, and Villarreal in a storied career. Forlan made 112 appearances for Uruguay and scored 36 goals. He also helped his side to win the Copa America title in 2011 and finished 4th in the 2010 FIFA World Cup. He was the joint top scorer of the 2010 tournament and also won the ‘Goal of the tournament’ award.

The forward started his professional career with Independiente Club in Argentina before earning a move to Manchester United (MU) in 2002. He lifted the Premier League title with Manchester United in 2002-03 and FA Cup in 2004. The striker had a prolific spell in La Liga, scoring 128 goals in 240 league games for Villarreal and Atletico Madrid, while also helping the latter clinch the Europa League in 2009-10.