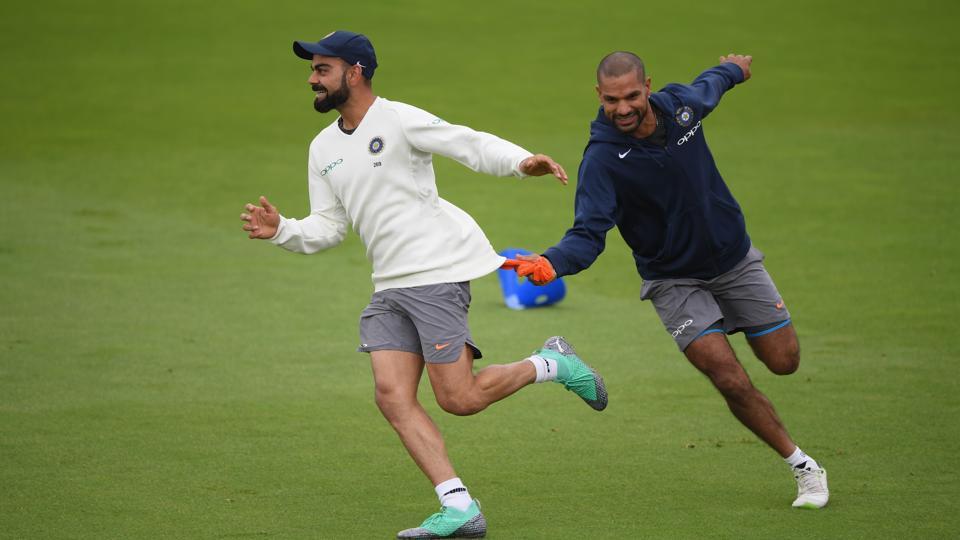 Opening batsman Shikhar Dhawan had a series to forget against West Indies as he made his international comeback after being sidelined due to a thumb injury sustained during the ICC World Cup. India might have won the series 3-0 but there are concerns that the team management will look to address as preparations begin for the T20 World Cup next year in Australia.

For long India’s template in T20 cricket has mirrored their approach of the ODIs. There has been criticism from several quarters as many feel India needs specialist T20 players at the top of the order, who get going from the first ball itself.

Dhawan had scores of 1, 23 and 3 in the three matches he played but captain Virat Kohli continues to back the southpaw.

“He’s (Dhawan) a very experienced player. T20 cricket, we don’t really look too much guys are doing in terms of form and stuff like that. It’s a format where you need to get on with the game and you will get out at some stage. 50-over cricket gives you a lot more time to get into your innings and I think once he gets some time out there in the middle, we all know the skill sets that he has and the way he can bat. So not concerned at all,” Kohli said during the press conference after the end of the third T20I.

With a strike rate under 130 and average under 30, Dhawan hasn’t set the stage alight in cricket’s shortest format but continues to enjoy the support of the captain.