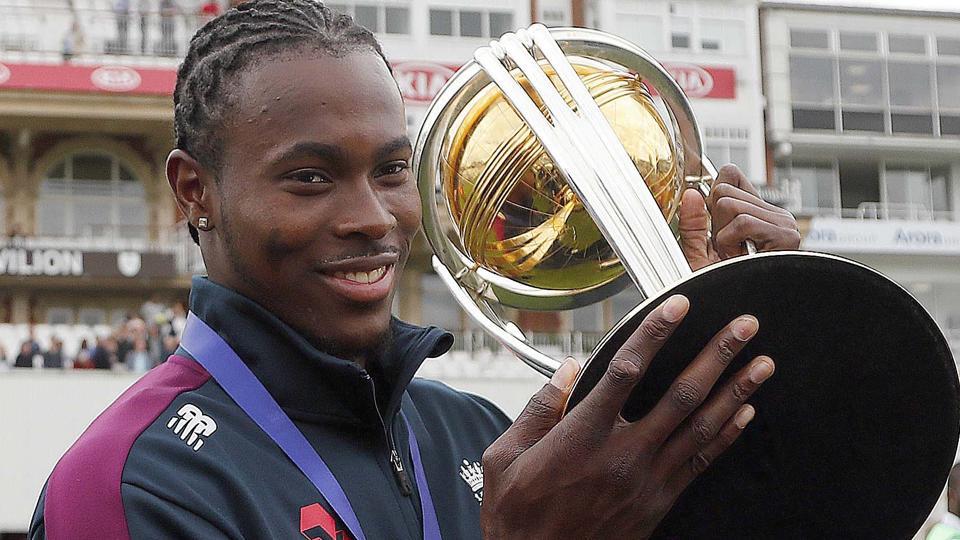 The handful present at Leeds on the eve of the third Ashes Test between hosts England and Australia, were left confused. Was that Steve Smith batting in the England nets? A closer look revealed it was actually England fast bowler Jofra Archer, who was imitating former Australia captain Steve Smith’s postures after leaving the ball.

Cricket.com.au later on posted a video of the same. In the video, Archer plays a straight drive just like Smith and then he goes on to leave the ball in exactly the same manner as Smith.

Smith’s antics with the bat in the second Test match had sent social media into a tizzy as many cricket fans were seen voicing their opinion of how the batsman was leaving the ball outside the off-stump.

This came as a breath of fresh of air following tensions between the two sides after Archer’s bouncer knocked Smith down in the second Test and eventually ruled him out of the Leeds Test due to concussions.

The 30-year-old had to deal with two blows on day four of the second Test match. First, he was struck on the elbow by Jofra Archer and soon after he got a hit on the neck by a bouncer from the pacer.

Physios from both England and Australia attended to Smith, but the batsman had to leave the park to undergo a concussion test. A while later, the batsman made his way back to the crease, but a section of England crowd was seen booing the player.

On the final day of the Test match, Cricket Australia released a statement that Smith had suffered a delayed concussion and as a result, he was ruled out of day five of the second Test.Marcus Labuschagne was named as the concussion substitute in place of Smith.

Archer went on to take five wickets in his debut Test match and he would hope to replicate the performance in the third Test match at Headingley.

Smith has been in remarkable form in the Ashes as he has scored 378 runs in the series so far.

In the first Test, he became the fifth Australian to register centuries in both innings in an Ashes Test. He also surpassed Indian skipper Virat Kohli to become the second-fastest batsman to register 25 Test centuries.

Nathan Lyon scalped six wickets in the second innings of the first Test, which enabled the team from Down Under to register a 251-run victory.

England and Australia will take on each other in the third Test at Headingley later today.

Having won the first Test, Australia is leading 1-0 in the series.