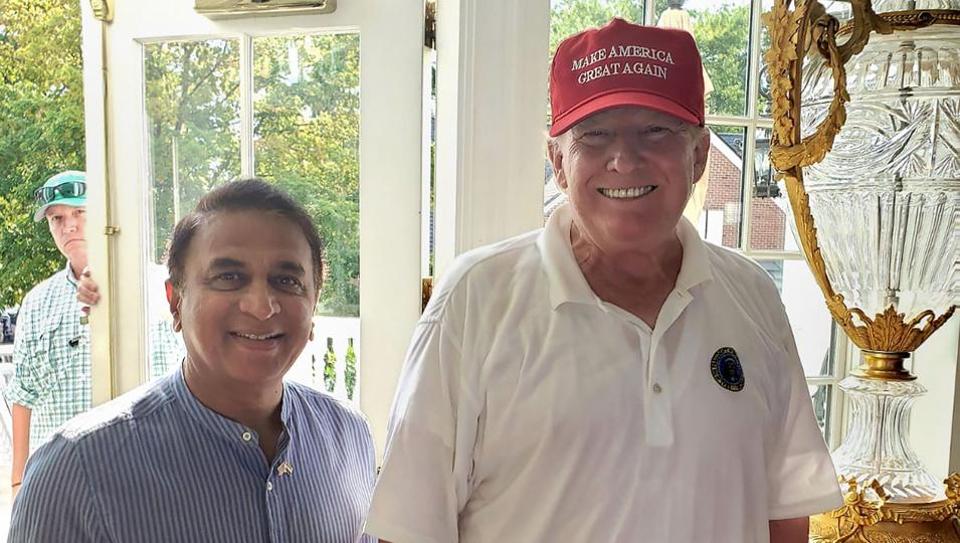 Indian cricket legend Sunil Gavaskar met US President Donald Trump while he was in New York to raise funds and awareness for a charity foundation which provides free surgeries to children with congenital heart defects. Gavaskar met Trump at the Trump Bedminster Golf Course in New York, stated a press release.

“Gavaskar utilised the time between the limited overs and the Test series of the West Indies tour in America to create awareness for the Heart to Heart foundation (h2h). This is in collaboration with the Sri Sathya Sai Sanjeevani Hospital, Kharghar, Navi Mumbai which is providing free surgeries for children with congenital heart defects,” it added.

“The iconic batsman participated in multiple fundraising events in New Jersey and Atlanta which raised funds for over 230 surgeries.” Gavaskar is doing commentary in the ongoing Test series between India and the West Indies.

He will return to the West coast of USA after the second and final Test in Jamaica to participate in few more fund-raisers.

These events will be in the Silicon Valley, Seattle, Louisville — the town where there is a cricket ground named after him, Indianapolis, Fort Wayne and Chicago.

He will then fly back to India to take up commentary duties in the home series against South Africa starting mid-September.