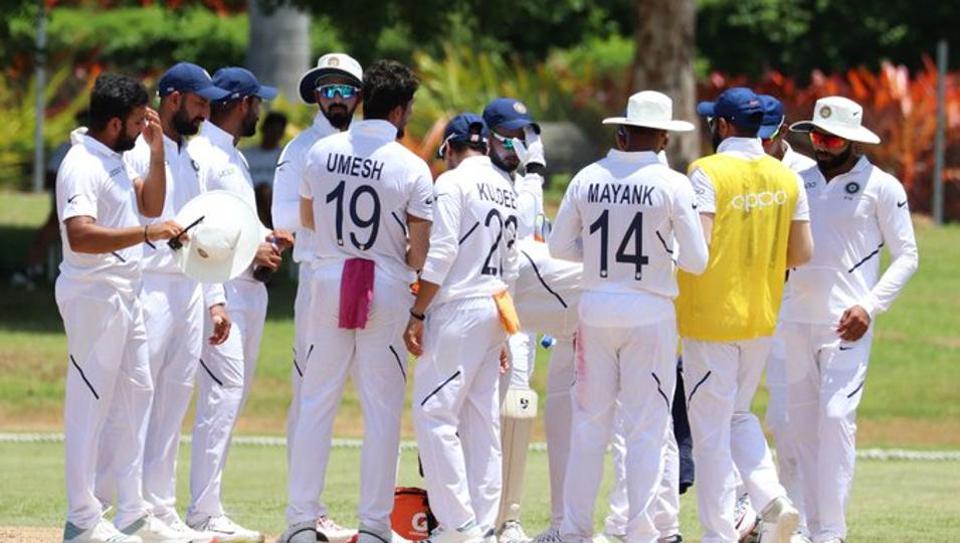 India fast bowler Ishant Sharma joined an elite list of Indian bowlers as he registered a five-wicket haul on Day 2 of the first Test against West Indies at Antigua. The right-armer dismissed Kraigg Brathwaite (14), Roston Chase (48), Shai Hope (24), Shimron Hetymer (35) and Kemar Roach (0) on Day 2, as India gained an upper hand in the match.

In the process, the Ishant became tied with SG Gupte, Harbhajan Singh and Anil Kumble to have the joint most five-wicket hauls by an Indian bowler in the West Indies. All the three bowlers have taken a fifer in Tests in West Indies three times in their career.

Overall, this was the ninth time the pacer has registered a fifer in Test matches. He also has now taken 35 wickets in the West indies, which is the fourth highest by an Indian bowler in the island nation.

Sharma (5-42) rattled through West Indies’ middle order late in the day, turning the match perhaps decisively in favour of the visitors. West Indies were 189-8 at stumps in their first innings, still 108 runs behind in reply to India’s 297 total.

West Indies will be frustrated that all of their recognised batsmen got starts, but nobody managed a half century. Earlier, India resumed on 203-6, before Sharma contributed 19 runs of a 60-run eighth wicket partnership with Ravindra Jadeja that helped the visitors to what looked like a pretty good total by the end of the day.

Jadeja was the last man out, for 58, the second-highest scorer behind number five Ajinkya Rahane’s 81. Opening bowlers Roach (4-66) and Shannon Gabriel (3-71) combined for seven wickets.