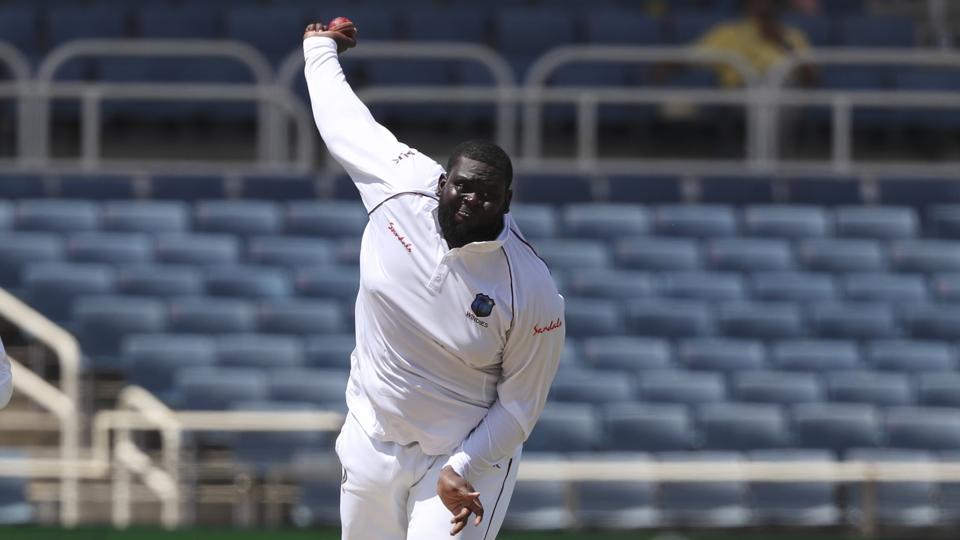 India opener Mayank Agarwal was all praise for the West Indies bowlers after first day’s play of the second Test match at Sabina Park cricket stadium in Kingston, Jamaica. Agarwal, who scored an important 55 after India were sent in to bat first singled out two West Indian bowlers for high praise – captain Jason Holder and debutant Rahkeem Cornwall.

India ended the day at a comfortable 264 for 5 with Hanuma Vihari (42) and Rishabh Pant (27) going strong with their 62–run partnership for the sixth wicket. (Highlights of India vs West Indies 2nd Test Day 1)

Asserting that India are in a ‘great position’, Agarwal said it was difficult to score off the likes of Holder and Roach up front and it became harder against debutant Rahkeem Cornwall.

“We are in a great position. To have just lost five wickets on a track like that was a good effort from our side West Indies reduced,” Agarwal said at the end of the day’s play. . “I thought the first session – the ball was doing a bit. Kemar Roach and Holder bowled great areas. It wasn’t easy – there was a lot of moisture and the ball was doing a bit.”

After a testing opening spell by the Windies new-ball bowlers, it was Cornwall , standing 6ft 5 inch and weighing more than 140 kilos – the heaviest cricketer to play Test cricket, who made life difficult for more Indian batters.

Cornwall bowled 27 overs of off spin on his first tryst with Test cricket and gave away only 69 runs. “Rakheem is very, very [consistent], he forms good clusters and he keeps bowling those areas, keeps bowling those areas. I thought it wasn’t very easy to score off him. We took our time and it was very important for Virat and me to actually get a partnership going and it was important that one of us went on to score big,” Agarwal pointed out.

The India opener also identified what made Cornwall a difficult proposition for batsmen. “He definitely gets a lot more bounce compared to many other spinners. He just keeps hitting those lengths.”

Virat Kohli scored 76 runs before he was scalped by Holder. Agarwal and Kohli stitched a partnership of 69 runs for the third wicket. “I can say it got a little better to bat on after the first session, the wicket got a lot harder as the sun beat down, the wicket lost some of its moisture. It just kept getting a little better to bat on, but I think credit must be given to the West Indian bowlers, especially Roach and Holder – they kept coming and kept coming and kept bowling tight lines,” Agarwal said.