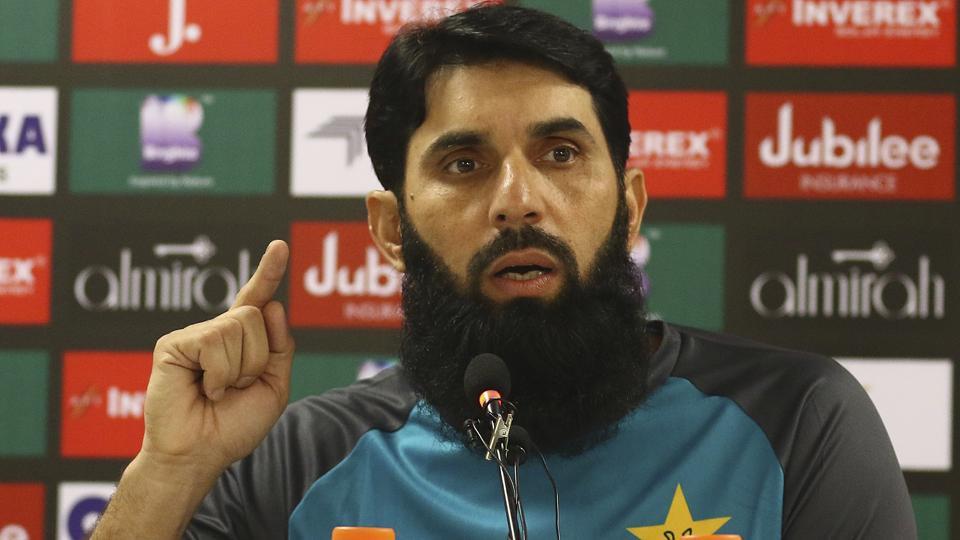 Pakistan head coach cum chief selector Misbah-Ul-Haq feels his team has the perfect game plan to stop Australia batting superstar Steve Smith in the upcoming Test series. The two teams are scheduled to play two matches in Brisbane and Adelaide respectively and Misbah believes Pakistan can keep a check on Aussie run-machine Smith. Earlier this year, Smith helped Australia retain the Ashes by scoring 774 runs in seven innings at an average of 110.57 and he will be hopeful of similar level of performances against Pakistan at home. If the visitors are to get anything out of the series, they will have to keep Smith’s perennially thirsty bat quiet.

Also Read: ‘We haven’t seen the best of him yet’: Ponting warns Aus ahead of Pak Tests

“As far as Steve Smith goes, there’s a blind spot for every top batsman in the world; as a bowler you’re always interested in pitching the ball there,” Misbah was quoted as saying by ESPN Cricinfo. “It’s important that we bowl with consistency there. Our bowlers are executing the plans very well right now, and hopefully we’ll be able to build that kind of a pressure, and stay disciplined especially early in the innings.”

“No matter how good a batsman is batting, it’s about consistency and bowling the maximum balls in those areas that build pressure and the batsman respects you, and you force him to make a mistake.

“So it’s about consistency, and top players in the world, if you miss those areas, that special length and line, then they are good enough to just cash in on that. So you have to be very, very disciplined, just keep the ball there, and if it’s happening you are already in the game,” he added.

Also Read: ‘Every board is different’: Steve Smith on Nicholas Pooran ban

Pakistan have drawn a series in Australia, but have never won one, and last tasted a Test victory at Sydney in 1995. If they are to change the record this time around, Smith’s form with the blade with play a very important role. Australia, though, are on a roll. They retained the Ashes with a 2-2 draw in England and beat Pakistan 2-0 in their recent T20I series.