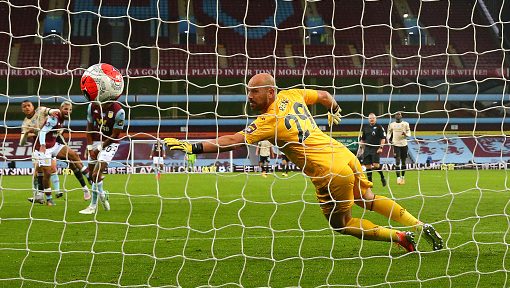 Via the Times, the Premier League hopes to start the season with stadiums at 30 to 50 percent capacity.

The Premier League currently is finishing up its 2019-20 season without outbreaks or shutdowns or serious concerns that either will happen, thanks in large part to the fact that England as a whole has gotten the pandemic under control while the United States has not.

It’s a strange turn of events, given that the NFL quickly scrapped the quartet of London games early in the pandemic. It now appears that the NFL would have a much better chance of staging its London games in front of fans than it will in the nation the NFL calls home.

At this point, however, England probably would not be inclined to welcome American contingencies of football players, coaches, and support staff, given the extent that the virus is washing unchecked through the American population.

The situation traces back to the failure of enough United States citizens, many of whom were misled by politicians and media members who recklessly and irresponsibly downplayed the pandemic from the get go, to take the situation seriously in an effort to slow the spread of the virus and to avoid the current challenges confronted by multiple states, where positive cases are up, hospitalizations are up, and (based on recent numbers) deaths are increasing, too.

Predictably, those responsible for persuading Americans to not take the situation seriously will look for someone else to blame if efforts to conduct sporting events implode, not because the various sports can’t take proper safeguards to limit the spread of the virus but because the virus is too widespread in our communities to have a sufficient complement of participants who won’t further spread the virus to colleagues and/or opponents.